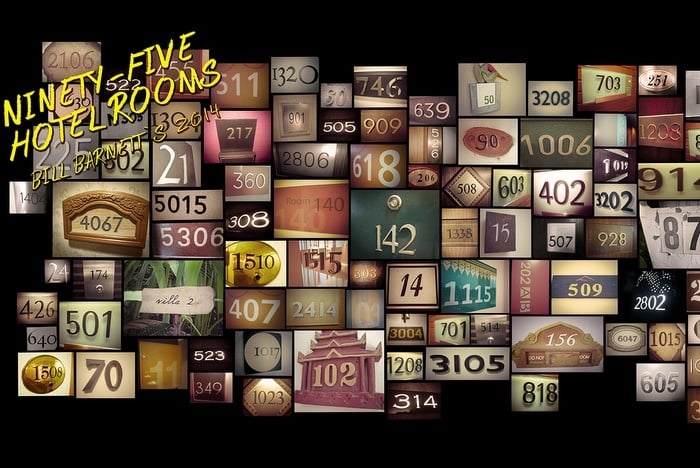 PHUKET: One thing about life that is great, is that there is no handbook for you when you enter this brave new world. Sure, eventually you learn there are rules and limitations, but as a youngster, the universe is your oyster.

Growing up in a far different age than the kids of today, my perspective toward formal education, along with the long arm of papal authority, spurred my rebellion from an early age. All of my school tenure ranged from countless disciplinary actions, truancy, parent-teacher huddles and absolute angst for my parents. Let’s just say that I yearned to get outside of the four walls of any educational institution from the get-go.

By the time I hit my late teens, all I could think of was getting away from my suburban home and being on the road. There was no real plan. I blew as the wind did, picking up and moving at a moment’s notice from West to East, North to South – be it by hitchhiking across America with two dollars in my pocket or jumping on a freight train headed across the desert in a thunderstorm.

Was it risky business? You bet. Those hitchhiking trips were always a razor’s edge, be it sitting in the back seat of a car as a Latino gang shot up speed and planned a robbery, or the strange man in the VW bus who rescued me – long hair and all – off a West Texas highway. He eventually dropped me off in Louisiana, taking five dollars out of his pocket and saying, “Jesus loves you.” The simple acts of kindness never fail to touch my soul.

I was watching the movie American Hustle the other night and a great line came up about being young, fearless and having nothing to lose. Perhaps the first three decades of my life were dominated by that thought process. From moving to Hollywood after dropping out of school to work in the music business to random jobs at a dude ranch in Wyoming and dealing blackjack in Reno.

‘Far away’ just kept moving as a target – I eventually decided that the island life was my destiny. Scraping up enough for a one-way ticket to Hawaii, I landed knowing absolutely no one and took part-time jobs just to eat.

Still later, dreaming of Asia, and moving to the jungles of New Guinea on a whim, I ended up in the throes of a tribal war. I then managed to land in Manila just as People’s Power lit up the nation. I marvel back, and think how little concern I had about not even having enough money to fly back from wherever I was going. You see, there was no heading back – everything kept propelling me forward.

Be it as an opening general manager for a hotel chain, where I would stick up my hand for every new country we’d enter: Vietnam, India, Indonesia or China. And later as a corporate hotelier, constantly fighting fires in post global financial crisis Asia, with impending doom always biting at my heels.

Thankfully, more than a decade in Phuket was a respite and I found myself enjoying island time.

Life, of course, has its own silly ways, and the last few years have seen a return to the road. Last year, I took on this mad mission to photograph all the hotel rooms I stayed in. By the end of the year, it tallied 95, which marked close to 180 days of travel.

Yet I recall being young, fearless and only looking forward, as a true gift to get out from the norm and see the world. It’s never too late to pick yourself up after a failure or two and take on the future, one step at a time. There are few things in life that don’t register on the risk scale, so my mantra seems to be left out there somewhere on the open road, waiting for a ride to some unknown destination.

Excuse Buster: Charging up your willpower