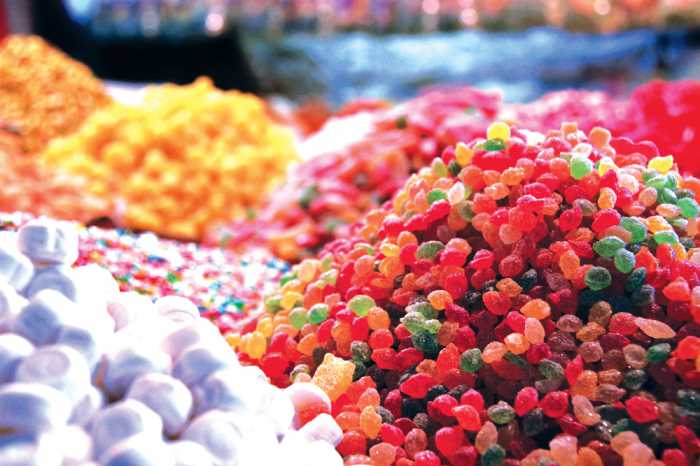 PHUKET: I moved out of Perth some 20-odd years ago, and apart from short stints back in my hometown I haven’t spent much time there since. Every time I do return though, it is incredible to see the changes the town has undergone, like the ever-increasing pace of life and city growth.

Apparently, these changes are nothing compared to Phuket. My well-established local friends have told me that the island has seen dramatic changes in recent years, one of which is the transformation of a lot of rural farm areas to modern, luxurious resorts and Western conveniences.

One change in Phuket that strikes me is the amount of convenience stores that have popped up, filled with people pushing carts packed with fake, processed and sugar-filled foods.

Don’t get me wrong, I didn’t escape to the island from a bubble in which these items did not exist.

These types of foods line the aisles of supermarkets all over Europe and Australia. But here it seems as though sugar is everywhere.

This brings me to what I believe is the number one substance that speeds up the aging process: high fructose corn syrup (HFCS).

HFCS is a modern health plague that has infested our bodies through many processed foods, including: carbonated beverages and other sweetened drinks, baked goods, candies, canned fruits, jams and jellies, crackers, commercial salad dressings and dairy products (with added fruit).

HFCS is an industrial food product, far from any naturally occurring substance. It was invented in 1957 by a pair of researchers named Marshall and Kooi. These clever scientists developed an enzyme called glucose isomerase, which could rearrange the molecular structure of glucose in corn syrup and convert it into fructose. They soon realized that as more glucose inside corn syrup is converted into fructose, the syrup becomes sweeter and sweeter.

Fructose is a component of all fruits, but it is carefully wrapped in fiber and contains many anti-oxidants that reduce its damaging effects. Despite fruit’s ability to lessen those effects, some overweight people and those who suffer from high uric acid levels must stick to low fructose fruits – like berries and citrus – as they are more sensitive to the substance.

However, fructose intake from fruit doesn’t come close to the intake from HFCS, especially in terms of sugar.

The results of excess dietary fructose intake are not limited to the detrimental effects it has on blood sugar levels, metabolism, lipid profiles or liver health.

Excess fructose intake, when combined with amino acids from protein, also encourages the formation of toxic advanced glycation end products (AGEs), which are known to promote aging internally. This can lead to serious diseases, like heart disease and diabetes, along with external changes to the skin.

Dr Rosedale, who believes there are few other ways to accelerate aging faster than eating HFCS, claims that the single marker for lifespan, if there is one, would be insulin – specifically, insulin sensitivity.

Eating HFCS (plus excessive amounts of other forms of sugar and processed grains) increases your insulin levels. This is the equivalent of slamming your foot on your aging accelerator.

Like I’ve said before, my golden rule for diet to remember is: if it hasn’t been around for at least 10,000 years, avoid it. Now, I would like to add a clause to that golden rule: if it comes in a packet, stay away.

For all the sweet-tooths out there, and for those of us who have to have just a little bit of sugar to take away the bite of our morning coffee, here are my three favorite – and safe – sweeteners:

1. Stevia: Stevia is an herb and is widely available in Thailand. Studies have shown that Stevia has a negligible effect on blood glucose, with a glycemic index of zero, making it an attractive option for people managing diabetes and metabolic syndromes.

2. Xylitol: Xylitol is derived from hardwoods and corn cobs and has been used as a sweetening agent in food since the 1960s. It is naturally produced in the body during normal metabolic processes. It has the same sweetness as sucrose, but is much healthier. It is an ingredient in chewing gum, gum drops and hard candies. Xylitol is low in calories and does not have an unpleasant aftertaste. An added bonus is that some research has shown it inhibits tooth decay.

3. Raw organic honey: Honey is different from other forms of sugar because it has a number of health benefits. It can help increase memory, diminish signs of aging and reduce stress.

Honey contains a number of health-promoting antioxidants, as well as the vitamins thiamine, riboflavin, niacin, vitamin B-12 and biotin. Along with minerals and amino acids, honey also contains a number of live enzymes that most people don’t receive enough of in their day-to-day diets.

If you can replace the foods you eat that have HFCS with healthier options like the ones listed above, you will eliminate at least one substance that could prevent you from looking younger and living longer.

Craig Burton is a nutritional expert with more than 15 years of experience at the forefront of the health and well-being field. He offers a high-level of expertise in functional training and nutrition, focusing on detoxification, food intolerance and nutrient deficiency. For more information about Craig and his services, visit thevitruvianmethod.com

Shaking off the crime beat with a Phuket spa treatment