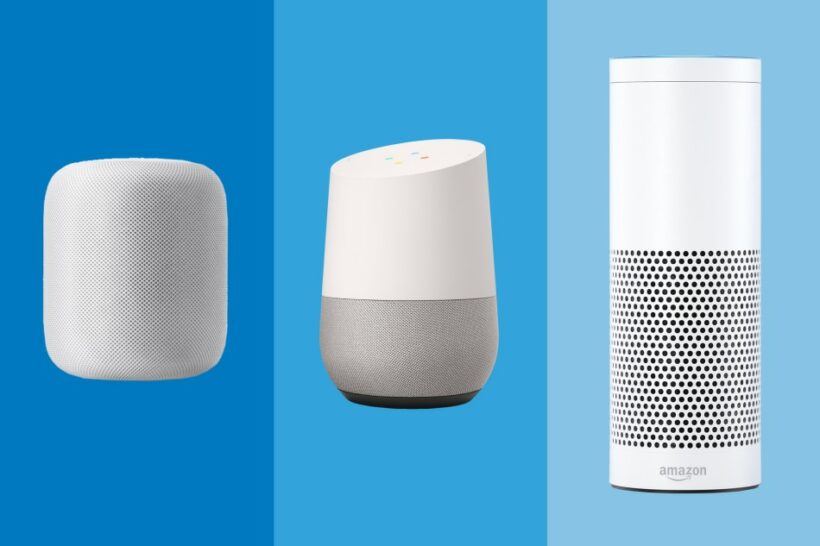 Starting with Apple’s Siri, released back in 2011, and followed by Google Now in 2013 on Android, smart phone users became accustomed to talking to smart devices with their voice. Sure, it feels a bit strange at first but once you got over the psychological hurdle of talking to your phone, instead of into it, we took it as granted as one more weapon in the smart phones arsenal.

For many of us though, myself included, it all felt a bit clunky and convoluted and was relegated to the interesting but not particularly useful scrap-pile of smartphone apps.

It all could have stayed that way, except out of nowhere in late 2014, Amazon, currently the 4th largest company in the world, unveiled the Amazon Echo and alongside it Alexa – their intelligent personal assistant.  Inspired by the voice control system featured on board the Starship Enterprise in the TV series Star Trek, the Echo is a cylindrical speaker and microphone array that can listen to voice commands and play back music and speak back to users.  It might have gone mostly unnoticed however shortly after introduction Amazon launched a $100 million dollar venture capital fund – The Alexa Fund, a program that invested in companies making voice control skills and technologies.  A slew of young technology companies started purposing the technology for real life needs and integrating it with other technologies already available.

Initially Echo sales where limited by invitation only, eventually they opened up general USA sales in mid 2015, Canada in mid 2016 and UK in late 2016.

The response has been incredible – Amazon will ship more than 10 million Echo devices in 2017. In addition, Amazon users increased their spending by an average of 10% after their purchase of an Echo device.

So what can you do with Amazon Alexa?

Right out of the box you can ask; about the weather, traffic and road conditions, news updates, to listen to music, podcasts or audiobooks and even get it to help answer maths questions for the kids homework.

Where it gets really interesting is when you have smart home technology within your home, for example the Philips Hue range of smart bulbs. I have those in my home and I can simply Ask “Alexa, dim living room lights” or “Alexa turn off bedroom lights”. We haven’t used light switches on a daily basis for months.

Because it can control any other device on your home wifi network you can buy a smart plug for a thousand baht or so, connect it to a fan, name the socket as “fan” and Alexa can then then be told “Alexa, turn on the fan”.  Replace fan with coffee machine, air purifier, computer, lamps etc… and suddenly it’s very easy to control anything in your home. What’s even better is that electrical manufacturers are lining up to build Alexa technology into their products. At the Consumer Electronic Show (CES) in Las Vegas this year the buzz was all around Amazon’s Alexa with manufacturers building it into fridges, washing machines, cookers, fans, speakers, tv’s, stereo systems, air conditioners and all manner of home appliances. This means in the future we will see white goods that can connect with Alexa natively, directly, Alexa can automatically find them and you can issue commands directly to them through Alexa without buying any new hardware or complex programming.

It’s not all good news though for users or Amazon.

As Alexa isn’t currently released in Thailand, to use it here you will first need to sideload an app, rather complicated, then you will not have access to location based services such as traffic. You can still ask “Alexa, whats the weather like in Phuket” but will have to pretend you are in another country for initial setup, not ideal.

For Amazon the competition is phenomenal. Google (2nd largest company in the world) has launched Google Home – another smart speaker promising all the same control and assistance but backed by Googles exceptional search experience and Apple (the largest company in the world) is launching their HomePod at the end of this year, it’s own voice-equipped assistant for the home – essentially Siri for their home. They have a unique advantage of a tested technology tied to a very loyal fan base and although late to the game in terms of home assistants, with Alexa and Home already released. Apple have a history of being game changers in the technology space.

So there you have it, voice may well be the future of how we control our homes. With the worlds 1st, 2nd and 4th largest companies battling it out with competing technologies, we can certainly expect innovation to come hard and fast and soon you might be saying hello to your truly smart home.

To find out more about making you home smart, home automation, sound systems and home theatres, contact the team at h3-digital.com

Ben Hobbs is the Managing Director of H3 Digital of Cherngtalay. They make your home smart with all the latest technology to make your life more simple and enjoyable. Also experts in sound systems and home theatre.

Kata Rocks mixing it up with the ‘Best of Mixology’

Everything you need to know about Phuket’s ferry services