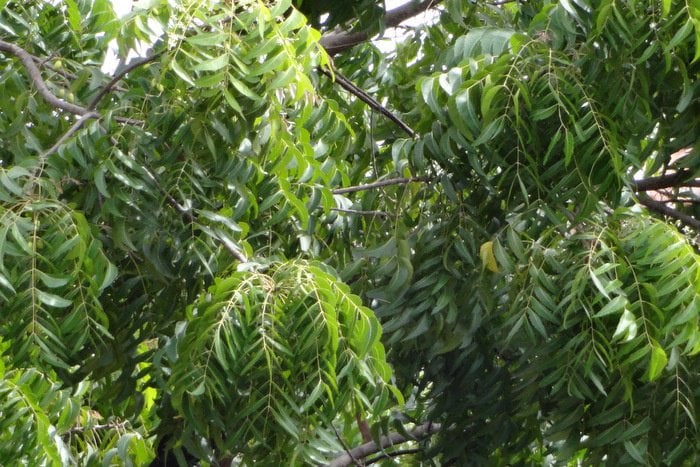 PHUKET: Back in February, 2009, the Thai government, in the guise of the Industry Ministry, issued a decree listing 13 herbs as hazardous plants and forbidding their use nationwide. The penalty? Six months in jail or a 500,000 baht fine. There was immediately and, quite properly, an outcry from farmers. Why? Because these ‘hazardous’ substances were all traditional, organically derived pesticides and herbicides that had been used for generations without any adverse effect on the environment.

People were quick to point out that most of these herbs are, in any case, key ingredients in classic Thai cuisine, so they could hardly be dangerous. Moreover, it was darkly hinted that such action implied that the government was in the pay of multi-national chemical companies. The rather ineffectual official response was that there was ‘no hidden agenda’: the action was merely ‘to protect organic farmers from fake pesticides.’ Predictably, the brouhaha died down and the department rescinded its ruling.

I was recently reminded of this monkey business by a reader who wrote in asking for a cure for mealy bugs which had taken an unhealthy interest in his jatrophas. He had tried many different remedies and none had worked. As a last resort, I suggested neem oil (nam mun sadao). Whether it worked or not, I do not know, but what I do know is just how important this tree is.

A smallish, fast growing tree, azadirachta indica is sometime referred to as sadao. It is mostly evergreen, boasts attractive pinnate leaves and is widely cultivated as a shade tree. It grows in any soil but because of its shallow root system, will need watering until established. Its flowers grow in sprays during the dry season. I have one in my garden. I have seen saplings occasionally in pots in local nurseries. If you are interested, go armed with the Thai name.

The young leaves and flowers are added to various Thai dishes and according to ‘Neem: India’s Miraculous Healing Plant’, a source quoted by Normita Thongtham, it is known in the subcontinent as the village pharmacy. Used in Ayurvedic medicine as a ‘powerful blood purifier and detoxifier’, it is a powerful anti-inflammatory, and is used to treat skin complaints, arthritis, parasites, diabetes, tumors and more. Furthermore, it is ‘effective in the treatment of malaria’ and ‘boosts the immune system while helping the body fight infection’ . Little wonder that Buddhists consider it to be a holy tree.

As if this isn’t enough – and this is where we came in – its leaves and seeds contain azadirachtin, a specific pesticide which, watered in, can even reach those nasty nematodes or round worms which attack the roots of plants. The oil, which is used in certain soaps, can be diluted with water and employed as a spray, or watered into the soil as a systemic. Neem cake, the fibrous residue left after the extraction of oil, can be used as a mulch and will deter insects.

To any poor farmer, one can only begin to imagine what a marvelous asset it would be to have this cornucopia of a tree on your land: a ready-made solution to just about everything. And the government wanted to ban it.

Acknowledgments are due to Normita Thongtham and her references to “Neem: India’s Miraculous Healing Plant” in an article published in 2009 in The Bangkok Post.

If you have a question or a garden that you would like featured you can email me at: drpaccampbell@gmail.com. Further information about this gardening series and Patrick‘s other work can be accessed at: patrickaccampbell.wordpress.com

On deck: Not just another boating cliche