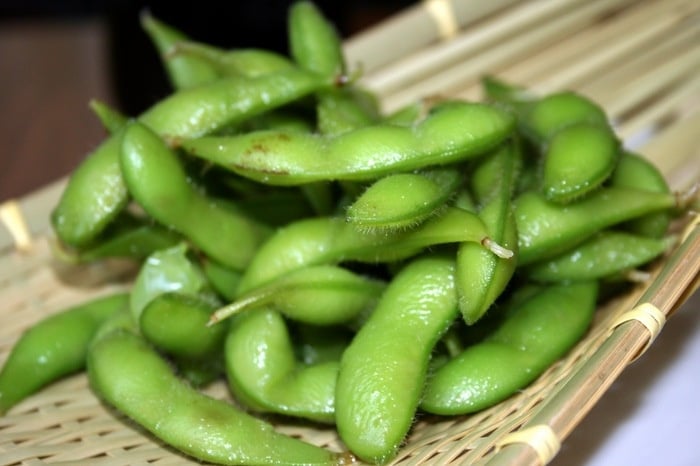 PHUKET: Language is chameleon-like. Expressions frequently change their meanings according to time or context. Take the phrase ‘full of beans’.

I have always assumed it means full of energy and enthusiasm, but Americans use it as a derogatory term to signify full of hot air – or something less printable. Personally, I prefer the older connotation (I would, wouldn’t I?). After all, beans or legumes are a rich source of protein and instant energy. Indeed, if you extend the expression to include coffee beans, then you add coffee’s ‘pick-me-up’ qualities to the phrase.

Whether or not you accept the positive reading of the expression, it is undeniable that beans have been a massively important food source for aeons, especially in poor cultures where they have long been a major source of protein, and sometimes oil.

Unique among plants, legumes develop nodules on their roots that contain bacteria which fix nitrogen in the soil, thereby enriching the ground for future crops. North American Indians knew this: they grew climbing beans alongside corn, so that the vines could not only obtain support from the erect corn stalks, but leave a precious legacy in the earth.

From 40,000 known varieties, the most important for oil are soybeans and peanuts. The fuzzy, translucent skin of soybean pods, rarely seen here in their immature state, actually encloses tender fresh beans which, lightly boiled, are highly prized in Asia, especially in Japan.

Soybeans are mostly cultivated commercially and you are unlikely to consider growing them in your Phuket garden. Nor are you likely to be tempted to try temperate species such as broad or fava beans which favor cool, moist conditions, or kidney beans with their purplish, mottled seeds.

No matter. There is a plethora of tropical varieties to choose from.

When I first came to Thailand, I was amazed to find a variety quite unlike anything I had ever seen before.

Popular in salads and as a component in platters of raw green vegetables, it is known as a winged bean on account of pronounced frilly edges which sprout along four edges of the pod. Bright green in color and almost rectangular in section, this is an elegant and distinctive bean about six inches long.

Almost always eaten whole and uncooked, it has a distinctive, nutty flavor. Known in Thailand as thua phuu, it also has the preposterous botanical name of psophocarpus tetragonolobus in reference to its tetroid shape.

I strongly recommend growing it in your garden.

Like all climbing varieties-and most bean species are vines – it will need the support of an adjacent tree or trellis, but will produce pods within 55 days. These should be picked when young and tender. If you let them grow too large, they will become stringy and tough almost overnight.

A day or two later and the pods will be brown and completely inedible. And they are not always easy to spot. Look carefully behind the foliage to find the hidden goodies.

Another advantage of picking the pods regularly is that this practice will encourage future cropping. As with all legumes, the soil need not be especially rich, but young plants will benefit from a dressing of organic material and will need plenty of sun and water in the early stages.

Just as ubiquitous in the Kingdom is the long bean or thua fak yao, which shows up in local markets in several forms. Broadly circular in section, the commonest variety is a long slender bean (known as the yard-long bean in America) with smooth pale green pods up to 16 inches in length, usually cut into sections before being eaten.

Like its winged cousin, the long bean is often found on plates of mixed green vegetables, though it is also eaten with a spicy dip or lightly cooked in curries and stir-fry dishes.

A string-less bean that climbs vigorously, the cow pea (to give it yet another name) is again entirely suitable for your kitchen garden. Give it the same treatment as the winged variety.

Full of beans? Why not.

Up in the air: DCA woes continue