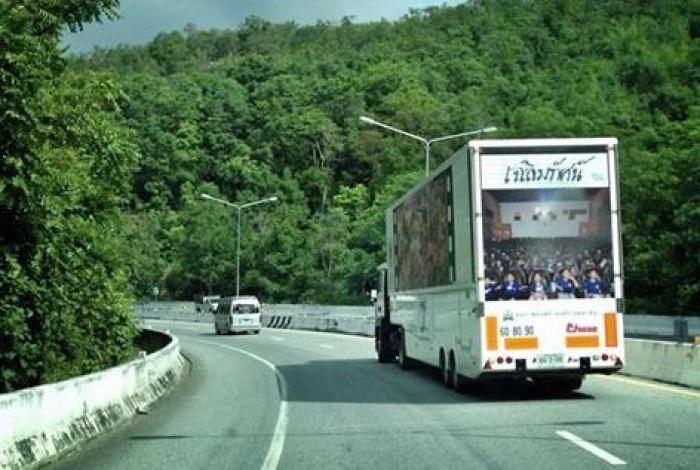 PHUKET: A mobile movie theater will be touring Phuket this month, airing free film screenings to school children and members of the public.

The Cine Mobile, sponsored by the Thai Film Archive, will be on the island from May 26-June 1, before continuing its tour of the southern provinces. The mobile cinema will screen five films per day – at 9:30am, 11am, 1pm, 2pm and 3pm, in addition to a public screening at 4:30pm.

“This is a great opportunity for those people in Phuket who never get the chance to see cinema, to experience it free of charge,” Mr Wuttinun said. “The Cine Mobile is the only mobile theater in Asia, and is one of just 15 cars in the world honored by HRH Princess Maha Chakri Sirindhorn.”

“If there are any available seats, the host schools can invite students from other, smaller schools to join as well,” Mr Wuttinun said. “For public showings, there will only be enough space for 100 audience members. However, if there are enough people, we might choose shorter movies so we can get as many people to experience the theater as possible.”

The Cine Mobile will be showing: Babe; A Bug’s Life; Stuart Little; Hugo; Dolphin’s Tale; Eight Below; Lesson of a Dream (German); Juno; and The King of the White Elephant (Thai).