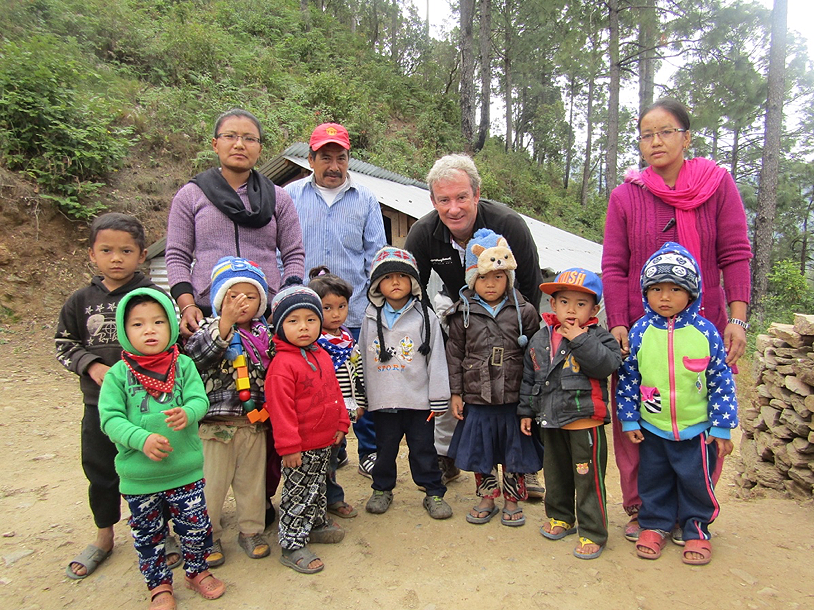 One of the founding partners of The Pavilions Himalayas, Douglas Maclagan, is to be honoured for his work helping underprivileged children in Nepal. The award is considered as the Nobel Prize for Children, and endorsed by UNICEF.

World of Children, which provides funding and assistance for vulnerable children worldwide, has selected Mr Maclagan as a Humanitarian Alumni Honoree for 2018, a prestigious award only given to people who have dedicated their lives to helping children in need.

Mr Maclagan has previously received the World of Children Health Award, which was presented in New York at UNICEF’s head office in 2009, as well as The Gusi Peace Prize in 2004 and the Unsung Hero’s award, presented by The Celebrities Guild of Great Britain in 2007. He also received a personal letter of appreciation from former US President Bill Clinton for his work with the ‘Clinton Global Initiative’ in 2008.

“I am extremely honoured to have been named as World of Children’s Humanitarian Alumni Honoree,” said Mr Maclagan. ““We have reached just under a million children over the 25 years we’ve been operating, and since formal registration in 2003 CWS HK has been reaching over 41,000 children and young people every year with our services.”

To support the award, World of Children will also help generate much-needed funds to continue Mr Maclagan’s charitable work in Nepal. CWS Hong Kong will receive a donation of US$20,000, and its supporters are encouraged to raise additional funds in the lead-up to the awards ceremony with World of Children matching further donations dollar for dollar. Mr Maclagan and Child Welfare Scheme HK are aiming to raise US$10,000 from their own campaign, which will then be matched by World of Children to reach a grand total of US$40,000.

The funds raised by the campaign will be used to build the second phase of the FAB School in Pokhara, which provides local students with a year-long training programme leading to a recognised qualification, and most importantly, a guaranteed job at the end of the course.

“This is a wonderful opportunity to raise funds for the next phase of the FAB School, which will provide vocational training to children from all over Nepal who have previously been trafficked, giving them hope of a brighter future,” added Mr Maclagan.

The Pavilions Himalayas, co-founded by Mr Maclagan, is a social business designed to show the world that the more you give as a business the more you get back. The resort achieves sustainable growth, which in turn funds its social activities and makes the destination a better and fairer place for those who wish to work in the fastest growing global business that exists today – tourism and hospitality. 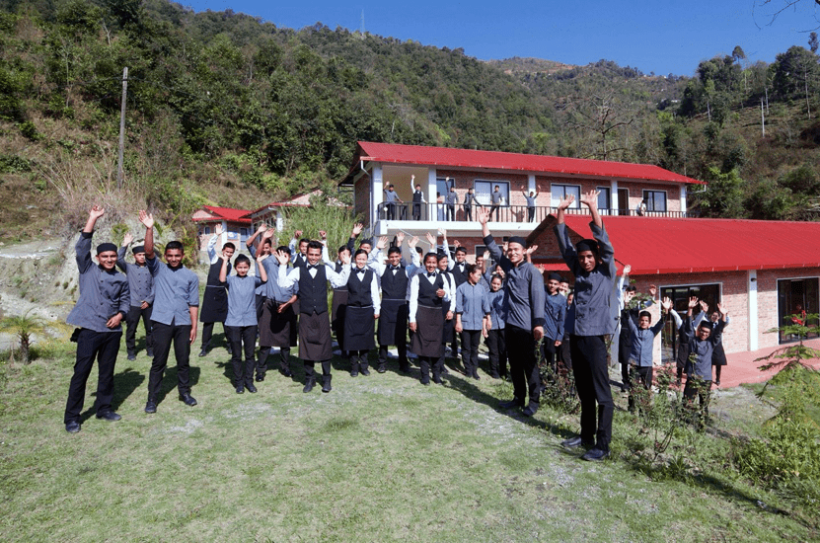 “Our goal is to ensure that 50 percent of families in the local village enjoy direct, sustainable employment within the resort, while the other 50 percent – the farmers – learn additional skills to develop their own businesses and provide us with the produce we need,” explained Rajiv Desraj Shrestha, General Manager, The Pavilions Himalayas.

Other ‘give-back’ goals at The Pavilions Himalayas include setting up a social enterprise from which a large portion of net profits (50%-70%) will be used for urgent social and environmental programs. The social business model will also be used to encourage other companies to make a positive impact, nationally and internationally.

Mr Maclagan will be honoured at the annual Hero Awards Benefit on April 19th in Beverly Hills, Los Angeles at an event attended by many Hollywood celebrities. 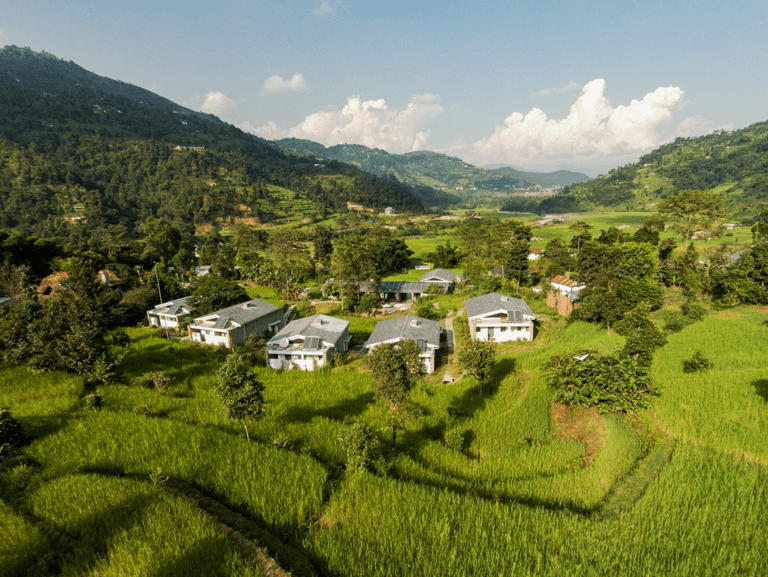 To make a donation to the Child Welfare Scheme, click HERE.

To find out more about The Pavilions Himalayas, click HERE.

Will you be booking a flight with standing plane seats?