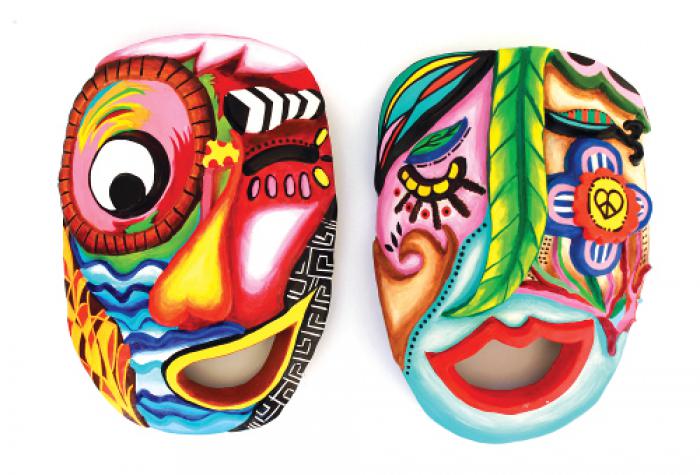 PHUKET: Phuket has been showing the signs recently of a burgeoning art scene that is maturing rapidly. Many resorts offer art displays in their gift shops or lobbies and Phuket Town has a number of galleries that host various media covering a wide range of genres. Keeping art alive and passing on the visual expression of culture to younger generations is an important consideration in our modern, globalized world.

British International School Phuket (BIS) is doing their part to provide their students with an outlet for creative self expression. With a Grand Opening set for March 24 at 2:45pm, BIS is proud to announce their IB Year 13 Visual Arts Exhibition. The exhibition will be open to the public from March 24-28 at the school in Koh Kaew and will feature works from Inthu-on Lueangworaphan, Jooyeon Shon and Nathanon Khanijow.

Inthu-on Lueangworaphan, whose work examines ideals of beauty in modern society, said many of her pieces were inspired by a visit to a Karen Village in Northern Thailand.

“After my journey to the hill tribe village in Northern Thailand, particularly to see Karen Long Neck Women, I was inspired to look at different cultural customs associated with bone deformity and the reality of the concealed pain underneath.

“I investigated Karen Long Neck, Victorian Corsets and Chinese Lotus Feet. From here, I began to look at a wider perspective of modern society, people’s perception of beauty, as well as the way we uncontrollably value appearance while under the influence of media,” she said.

Jooyeon Shon’s pieces, while employing a range of media, typically feature bold colors, which she says were influenced by the modern art she has examined as part of her course.

“I researched Kang Ik-Jung, a Korean illustrator, and incorporated his style to reflect the concerns I have about myself, showing my thoughts throughout IB [International Baccalaureate]. I enjoyed using paper and wood as media for these pieces, with vivid colors to create a positive mood.”

Nathanon Khanijow says that during the course he discovered a passion for illustration, and many of his intricately detailed drawings bear this out.

“Being raised a Sikh in Thailand, there was a broad opportunity to investigate religion in terms of culture and tradition. With visits to Buddhist and Sikh temples, local artists, exhibitions and the vegetarian festival, I was taken on a spiritual journey that led me to produce a range of pen studies, detailed dot work in particular,” he said.

In addition to the 48 original pieces displayed by the 17-year-old students, the exhibition will also include Year 2 students’ Elephant Prints, and Expert Media will be showcasing their ‘Children of Karen’ photo exhibition.

The Phuket Gazette and PGTV’s ‘Phuket Today’ show (daily on True Visions channels 85 and 59) are proud sponsors of this exhibition.