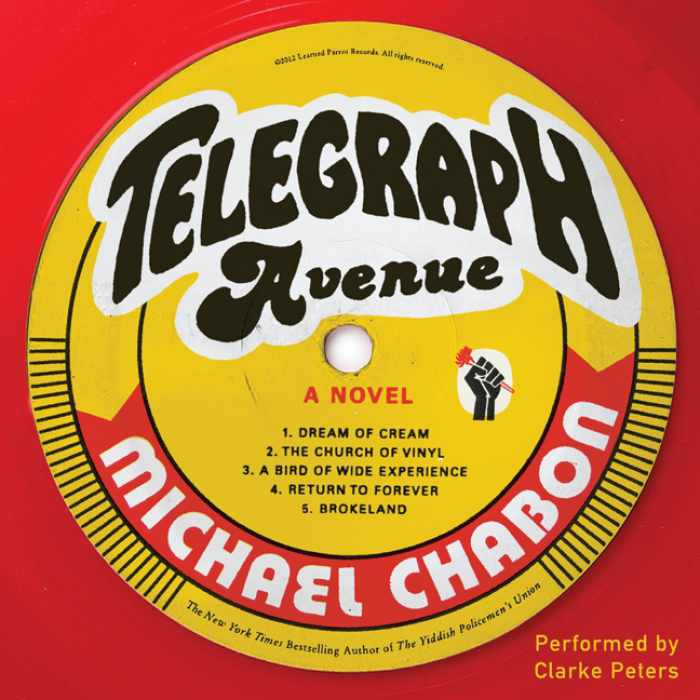 PHUKET: Michael Chabon’s third novel, The Amazing Adventures of Kavalier & Clay, won the 2001 Pulitzer Prize. This exuberant romp about two young Jewish cartoonists during the golden age of American comic books in the 1930s and 1940s is one of the most enjoyable novels I’ve ever read.

Now we have Chabon’s Telegraph Avenue (HarperCollins, New York, 2012, 468pp), and I’m sorry to say that this big novel is a disappointment. Not because the characters are not sympathetic or the plot not intricate and tight, but because the style is wordy, over-the-top, self-indulgent and the dazzling but ultimate turgid display of a literary show off. Sentences are serpentine and run on for thick paragraphs and even pages. Section III is a single sentence that rambles for 12 pages and is told largely from the point of view of a parrot. The jokey narrative tone, ripe with hip nods to movies, TV shows and pop songs, is reminiscent of Thomas Pynchon, but if Pynchon is the High Renaissance Michelangelo, Chabon is overripe Rococo.

The time is late August 2004 and the place is the borderline between Berkeley and Oakland, the birthplace of white radicals and Black Panthers, where a used vinyl record store, Brokeland Records, is the hangout for a multiracial group of musicians and neighborhood characters. The store is owned by two bandmates: Nat Jaffe, third generation Jewish socialist who grew up in Richmond, Virginia, with a black stepmother, black friends and black enemies, and Archy Stallings, African American Iraq war vet and son of Oakland native Luther Stallings, washed up kung fu star of Blaxploitation movies. Their wives, Aviva and Gwen, are partners too in a thriving midwife service, Berkeley Birth Partners.

The plot kicks off as the little record store is threatened by a prospective mall, complete with giant record department, to be opened by developer Gibson Goode (G. Bad), ex-NFL quarterback and the fifth richest black man in America, who does business aboard a black dirigible named Minnie Riperton.
The midwife practice is also threatened with a lawsuit and a hospital review board hearing following a sudden medical emergency during a home birth. Gwen Stallings, nine-months pregnant and upset by Archy’s infidelity, didn’t help things along at the hospital with her hot temper. Into the mix comes 14-year-old Titus Joyner, Archy’s long-lost illegitimate son, who has turned up from Oklahoma, and Jules (Julie), son of Nat Jaffe, who has fallen in love with him.

The plot grabs you, as do the characters with their snappy dialogue, but the reader has to wade through chunks of overwrought description that slow the narrative pace to a crawl. Thus:
“Daylight was taking its sweet time fading into dusk, and the street at suppertime seemed to be holding its breath, torn into patches of deep shadow and sunshine, motionless but for the little white moths stitching their loopy crewelwork in the honeysuckle. In the sand-pit of the tiny playground, dozens of toy vehicles and appliances lay bleached and upended, primary-colored plastic ruins as of some toddler cataclysm.”

There are honest bravura passages, though, like this passage describing how the organ player Cochise Jones, a record store regular, approaches the song “I Don’t Know How to Love Him”: “Cochise began his vandalism in earnest, snapping off bright bunches of the melody and scattering it in handfuls, packing it with extra notes in giddy runs. He was ruining the song, rifling it, mocking it with an antic edge of joy. You might have thought, some critics felt, that the meaning or spirit of the original song meant no more to Cochise Jones than a poem means to a shark that is eating the poet.”

The novel reaches a climax with a ten-page description of Gwen’s labor pains. I can’t recall anything so intense about the birth process in all of literature. The novel should have ended there instead of a tacked on scene two months later which ties up all the plotlines into nice happy bows – like chick lit. But my primary reaction was one of relief. Having trudged to the last page, I could read something else now.

Snow White is coming to town!