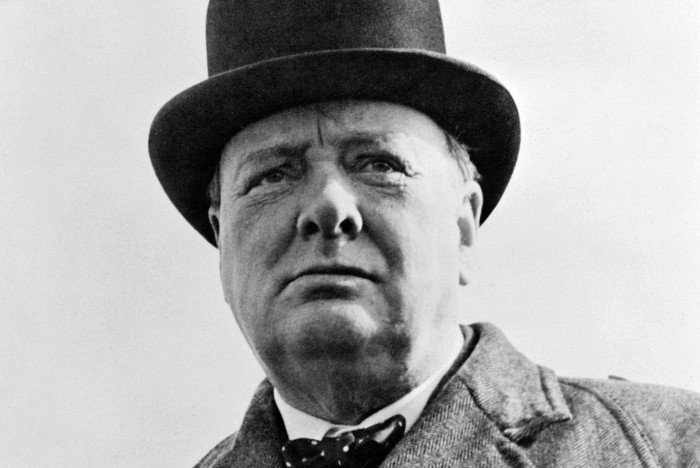 PHUKET: On the eve of the 50th anniversary of Winston Churchill’s death appears The Churchill Factor (Johnson, Riverhead Books, New York, 2014, 390pp). I picked it not for the subject matter, having read William Manchester’s trilogy, one of several multi-volume biographies of the great man, but for the author, Boris Johnson.

Someday it is conceivable that two roommates at Eton, Boris Johnson and Abhisit Vejjajiva, will serve as the prime ministers of Great Britain and Thailand. Johnson became a journalist, author of nine books, editor of The Spectator, member of Parliament and current mayor of London. Subtitled “How One Man Made History”, his appreciation of Winston Churchill is a labor of love.

The author shares with his subject a deep love of the English language and an irrepressible, puckish sense of humor. One of many delightful stories, told by his grandson to Johnson, is that Prime Minister Churchill was informed that one of his Tory ministers “was caught rogering a Guardsman on a bench in Hyde Park at three in the morning – and it was February, by the way”. After a close interrogation about the particulars, Churchill concludes, “In this weather! Good God, man, it makes you proud to be British!”

But the serious theme to the book is how Winston Churchill changed world history – that without him Adolf Hitler would have almost certainly won World War II.

“We need to remember it today, and we need to remember the ways in which this British Prime Minister helped to make the world we still live in. Across the globe – from Europe to Russia to Africa to the Middle East – we see traces of his shaping mind. Churchill matters today because he saved our civilization. And the important point is that only he could have done it.”

At the fall of France, when “the French were possessed of an origami army: they just kept folding with almost magical speed”, Britain stood alone, with “no sign of the US cavalry coming tootling over the brow of the hill”.

At a Cabinet meeting on May 28, 1940, British Foreign Minister Lord Halifax argued that Britain ought to open negotiations with Hitler and Mussolini. Churchill’s reply put backbone into the Cabinet:”And I am convinced that every one of you would rise up and tear me down from my place if I were for one moment to contemplate parley or surrender. If this long island story of ours is to end at last, let it end only when each one of us lies choking in his own blood upon the ground.”

After his career as a soldier on four continents and prolific journalist – he published more words than Shakespeare and Dickens combined – Churchill’s political career saw him converting the British fleet from coal to oil before the First World War, mobilizing tanks on the Western Front, taking the blame for the Gallipoli campaign, arranging the founding of Israel, Jordan and Iraq and, with Lloyd George, launching the British welfare state. Along the way, he had plenty of detractors.

“His enemies detected in him a titanic egotism, a desire to find whatever wave or wavelet he could, and surf it long after it had dissolved into spume on the beach,” Johnson observes. Time and time again, he gives voice to Churchill’s opponents before launching his own cogent rebuttal.

After a long survey of his life, Johnson concludes: “He did possess a titanic ego, but one that was tempered by humor, and irony, and by deep humanity and sympathy for other people, and by a commitment to public service and a belief in the democratic right of people to kick him out – as they did – at elections.”

Of all books about Winston Churchill, this is the most entertaining. Johnson nimbly leaps from scene to scene: young Churchill speaking in Parliament, flying an early airplane, proposing to Clementine, posing with a tommy gun at the height of the Blitz, and delivering his pivotal “Iron Curtain” speech in 1946.

Churchill emerges as the embodiment of British character: “broadly humorous but occasionally bellicose, irreverent but traditionalist, steadfast but sentimental, rejoicing in language and wordplay of all kinds, keen to a fault on drink and food.”