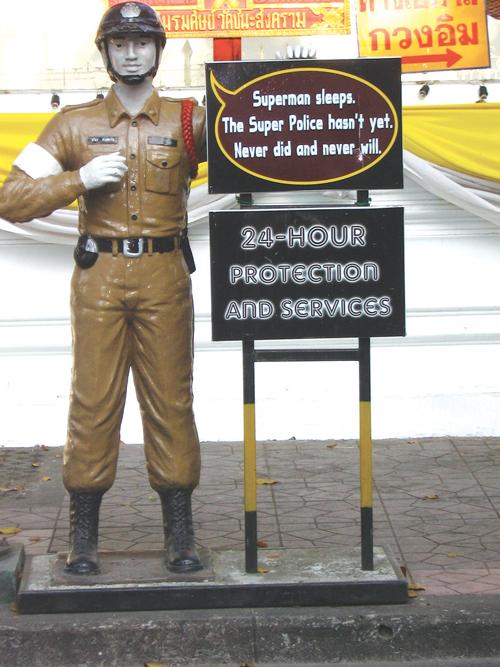 PHUKET: This is quite an old story, reckoned by folklorists to date back at least 70 years. It’s a comedy staple, in fact, having turned up in numerous recordings, radio shows, movies and novels since the 1930s.

It was published as a “True Fact” by National Lampoon in 1986, when it also happened to be circulating as “office faxlore”. More recently it has been sighted on email joke lists and Websites.

A bricklayer working on a three-story-tall chimney had set up a pulley system so that his helper could raise the bricks up to where he needed them.

As he was working, his helper complained about how difficult it would be to get the last of the bricks up to the flat roof of the building. Just then another contractor had some material delivered and it was placed on the roof by a fork lift brought to unload it. The bricklayer asked if the driver would load the rest of the bricks up there as well and the driver agreed. The bricklayer realized that he would not need his helper any more and sent him home.

When the bricklayer had completed the chimney he noticed that he had quite a few bricks left over and that the fork lift was no longer at the job site. Now he had to figure out how to get the leftover bricks back down by himself. If he dropped them, they would surely break. So he decided to use the pulley he had set up earlier to lower them down.

First he went down to the ground and raised a large metal bucket up to the roof level using the rope and pulley. Next, he tied the rope off onto a railing and climbed back up to the roof and loaded the bricks into the bucket. Then he went back down to the ground. He knew that the bricks would be heavy, so he wrapped the rope around his hand a couple of times and then untied the end of the rope with his other hand. Well, the bricks were heavier than he imagined and with physics being as it is, he was immediately launched upwards at a high rate of speed.

As the now light bucket sped upwards, the mason took a shot to the groin when one of his legs slipped into the empty bucket.

He then tilted enough to fall out of the bucket and continued with his gravity experiment. Eventually he landed on top of the pile of bricks and broke both feet. He collapsed in pain there on the bricks, but was glad to be alive. He let go off the rope and cried out for help.

It was then that the bucket hit him in the head.