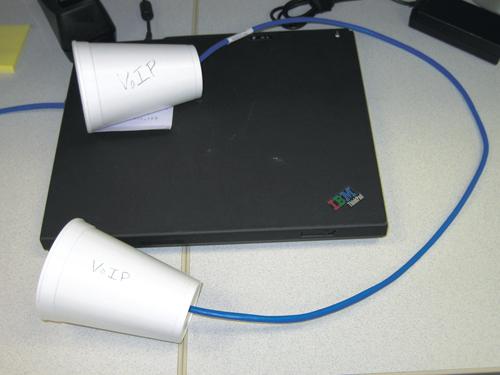 PHUKET: With renovations running full-tilt on my new digs in Kathu, near Phuket Town, it’s time for me to stop hypothesizing and analyzing, pays my money, and takes my chances. That’s what this week’s Live Wire is all about – taking chances on a new internet land line.

Two weeks ago, I broke down the internet services in Phuket into three very broad (and admittedly poorly defined) categories.

The ultra-premium services include the well-known TOT Fiber 2U and True’s DOCSIS cable internet (which they call “Ultra”). Lesser-known packages include CAT’s fiber-based ON Net and 3BB’s new fiber FTTH, which are only available in a few condo complexes in Phuket. All of those packages have the potential to provide better-than-average service. Unfortunately, at least judging by the numbers we’re seeing at phuketinternetspeed.com, TOT Fiber 2U has taken a big dive in speed since late last year. True DOCSIS is holding up reasonably well, but their speeds aren’t anything to write home about, and as I explained last week, the DOCSIS 20 Mbps service all over Thailand has been up and down all month.

The ultra-premium lines are only available in specific locations in Phuket. I was a bit disappointed to find that, although I’m moving into one of the older housing developments on the island – splitting the distance from both the Kathu Waterfall road and Loch Palm Golf Course – TOT doesn’t run fiber to the area, and True doesn’t have a DOCSIS line. Since 3BB only runs fiber to (sniff) about six different condo complexes, and they’re all in Phuket Town, that left me with just one choice, in the may-be-very-fast-some-day category, CAT ON Net.

I talked with the people at CAT on the middle floor of Central Festival, and they’re positive about the location – although, I’m not sure if that means they already have a line nearby, or if somebody figured it’s all of 50 meters from the house to the cable-rich road to Kathu Waterfall. I’ve been assured that CAT will run a fiber optic line to my house. It will take a while, but at least it’s available. I’ll keep you posted on the results.

The next level down, which I call premium ADSL services, for lack of a better term, include the TOT, True, CAT and 3BB ADSL packages that run a bit faster than the bargain-basement packages.

Or, at least in theory, they run faster. In practice, I’m not entirely sure that’s true. Since all of these services are based on ADSL, and ADSL runs over every phone line on the island (to a greater or lesser extent), I could pick and choose, which service I wanted.

So I pored over the reports and finally settled on TOT’s nominal 15 Mbps ADSL line, which currently lists at 1,290 baht/month. I’m skeptical that the line won’t run any faster than TOT’s 10 Mbps ADSL line at 590 baht/month, but based on phuketinternetspeed.com test results, I’m willing to roll the dice.

It’s important to keep in mind that many outside forces influence your internet speed. The rated speed of the line (“10 Mbps, 15 Mbps”) is complete fiction, using any test other than the service provider’s. But higher rated speeds do often mean that your line is jumbled in with fewer other lines, and in theory fewer people will be using the higher rated line at any given time.

Many years ago, TOT offered two different ADSL services: the Gold package was considerably more expensive than the Silver package. In the very early days of the phuketinternetspeed.com site, we discovered that many Silver subscribers were actually seeing faster speeds than Gold subscribers. Why? My guess is that most TOT customers figured it was worth a few hundred extra baht to get the “better” line, and then when everybody piled into the Gold service, they brought it down. Kind of like a 2-rupee bus in India.

So I’m paying my money and taking my chances. I’ll go for a fancy Fiber line (CAT’s ON Net 20 Mbps line runs 1,500 bt/mo), and an upscale ADSL line (TOT 15 Mbps at 1,290 bt/mo). That puts me at about US$90 a month for internet, which is pretty typical for high speed access in the US. Of course, in the States, the lines run ten times faster, but I digress.

If my CAT line doesn’t come in, I’ll dump the ultra-premium class, and go for a cheap line – probably a 3BB nominal 10 Mbps line, for 590 bt/mo. Then I’ll start chipping away at TOT and True, to see if they can get me a fiber or DOCSIS line. Persistence counts, and it doesn’t hurt if you can find neighbors who will sign on a waiting list. Note how I’ve chosen two different lines from two different providers.

When I have the lines installed, I’ll only ask for a single-plug “modem” router from the internet service provider, with no WiFi. As I described in an earlier Live Wire, I set up my own fast router and plug a WiFi station into my router, so I can “hot swap” from one internet provider to another in a matter of seconds. Besides, the routers that the internet service providers use are generally, uh, not the best quality.

Internet speed is important to me, and it’ll be increasingly important to you, too. I’ve found that I can save thousands of baht a month by choosing a less-expensive satellite TV package, and hooking up my TV so that it runs off the internet. That, combined with some judicious downloading of TV series that aren’t available in Thailand, and connecting to services that are only available overseas, both improves my limited time in front of the tube, and lowers my monthly expenses. You may not have Hulu or Netflix yet, but I’m betting you will soon – or Vudu or the BBC iPlayer, or an internet TV service in your home country. And if you’re still paying for long distance phone calls, you should wake up and smell the Skype.

A reliable, fast internet connection can make all the difference.

This news just in: one of the people on phuketinternetspeed.com is getting outstanding service – the fastest speeds I’ve ever seen in Phuket – with a 5,500 baht/month TOT Fiber 2U package. It’s listed in TOT’s brochures as a 40 Mbps “Infinite Basic” line – I just love the names they come up with for internet packages – but he says it’s rated at 65 Mbps. Regardless of rating, he’s seeing a reliable speed of 12 to 25 Mbps for international downloads, using multiple testing sites. It’s by far the fastest line I’ve seen. Of course, TOT won’t run a fiber line to my house, and my wife would probably shoot me for spending 5,500 baht a month on internet, but it’s comforting to know that some packages really do stand up.