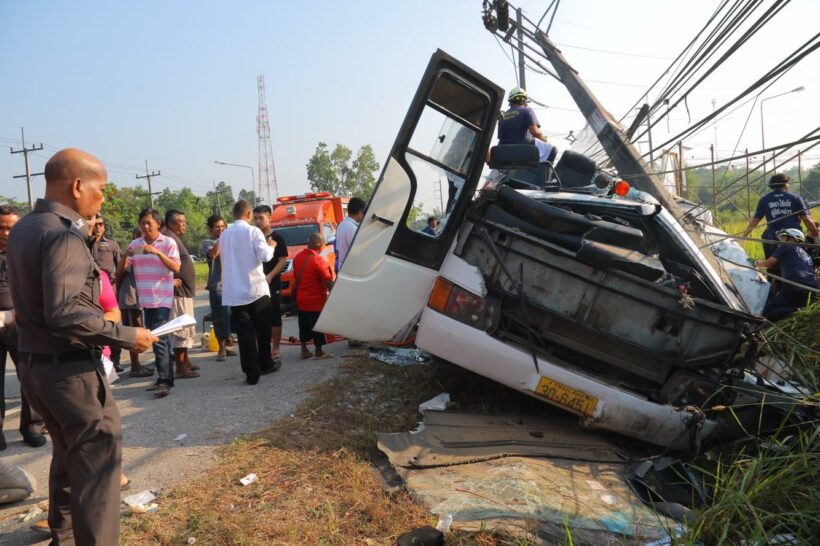 A Chinese tour bus of An Xin Tour Company has crashed into an electric pole on Phetchakasem Road in Phang Nga today (February 16) killing the driver while injuring Chinese passengers.

The tourists booked with CNR Travel were heading to the Ban Tha Noon Pier.

At the scene of the accident on the Phang Nga – Takuatung route in Krasom Subdistrict, police found the bus which slammed head on into an electric pole.

There are 4 severe injuries, 5 moderate injuries and 10 minor injuries. The 40 year old driver, Akom Daengnum from Krabi, died instantly as a result of the impact.

All 19 injured Chinese tourists have been sent to Phang Nga Hospital. Emergency responders used hydraulic ‘jaws of life’ to extract the body of the driver and many of the passengers.

According to the police the bus was transporting the tourists from their hotel in Krabi following a departure this morning at 5 am, heading to Baan Tha Noon Pier in Kokkloy Subdistrict.

Police say the driver fell asleep at the scene where there is an intersection and the bus headed into the side of the road and hit the electric pole, killing the driver instantly. 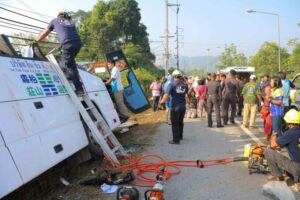 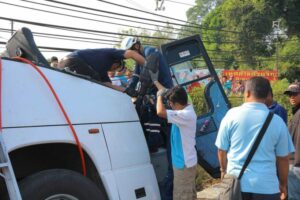