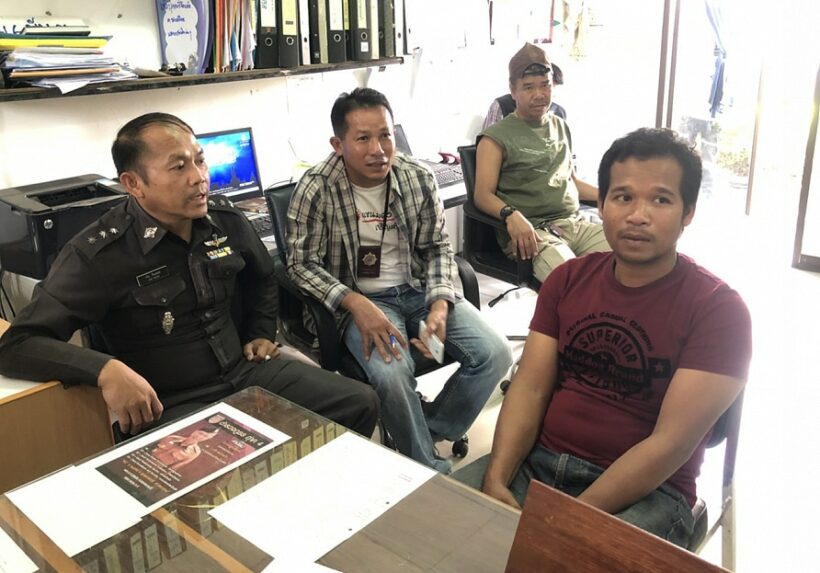 The 29 year old suspect, who allegedly shot a male third-year university student in the cheek in Kalasin’s Na Mon district early on Tuesday morning before abducting and raping a female sophomore student, has surrendered to police this afternoon (February 16).

He admitted to having feared for his life after Kalasin police chief Pol Maj-General Montri Charanpong had on Thursday threatened that police might have to kill this “armed and dangerous” suspect to apprehend him.

Thisanu – who was wanted for attempted murder, coercion using a weapon, carrying a gun in a public place and rape – says that he carried out the crime out of intoxication caused by 2-3 yaba pills and rice whiskey, confessing his guilt in a police statement.

He told police that he had a fight with his wife earlier that day and drove his pickup truck to Muang Kalasin to find a way to “vent his anger”. He spotted the two students, whom he did not know, at the three-fork intersection heading towards Kalasin University.

Police say he drove after the two, who were riding a motorcycle to buy food at night, and cut in front of them. He jumped out and allegedly assaulted and shot the young man. He then allegedly dragged the young woman into his pickup before speeding away to the Phuphan Mountain area where he raped her and left.

The female student later emerged from the Phuphan forest on Tuesday morning and filed a rape complaint against her abductor. 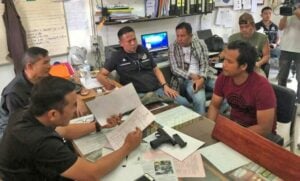 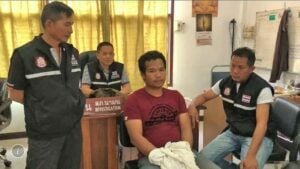