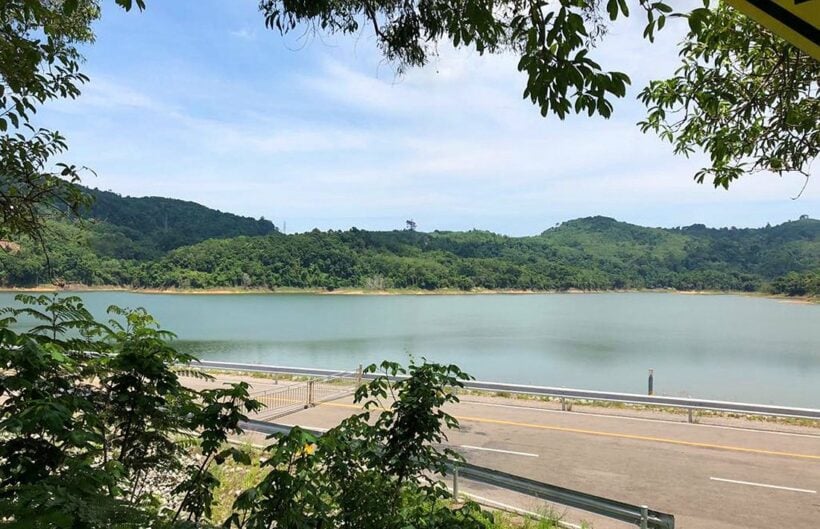 Despite the Royal Ploughing Day, all the water-throwing at Songkran and the annual rocket festival – all trying to encourage water from the skies for the forthcoming wet season – we still have to hope mother nature plays along and delivers the rain needed for the nation’s agricultural areas.

But, rolling into wet season this year, most of the main dams are full, or nearly full. Adding to potential problems, the Thai Meteorological Department are predicting a ‘wetter than average’ wet season ahead.

Authorities claim they’ve already learnt from past mistakes and prepared in advance to cope with the worrying water situation ahead.

The rainy season officially begins in Thailand this week with grim prospects, as the Royal Irrigation Department data reveals 50 reservoirs across the country are full or up to 80 percent of capacity. Meanwhile, the weather forecast from National Hydro Informatics and the Climate Data Centre expected rainfall during this monsoon to be 10 per cent higher than average and at least one to two storms are expected to hit Thailand by the end of the season. 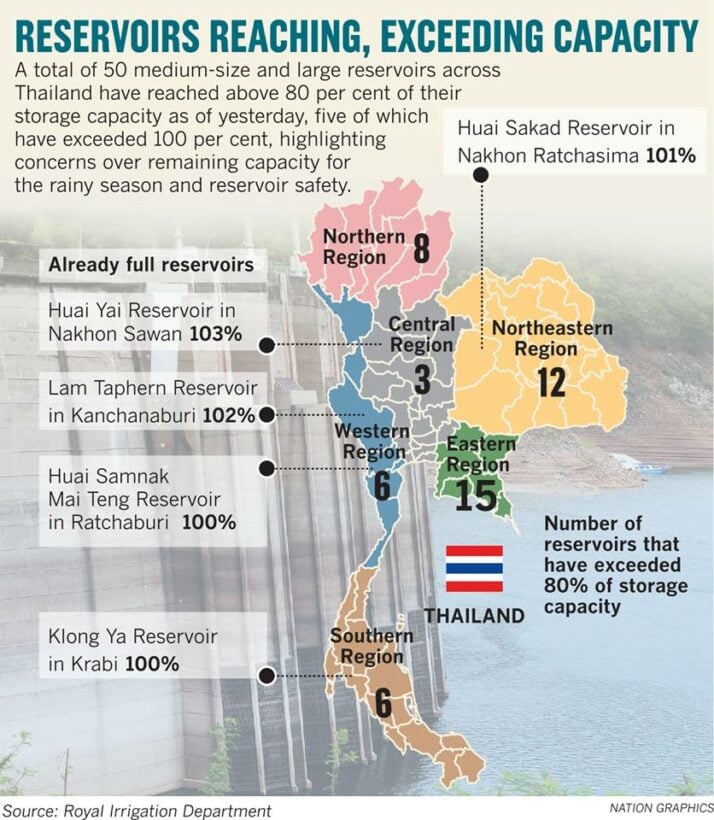 The data also revealed another fact: five medium-sized reservoirs had already exceeded their maximum capacity and these dams were ready to overflow at anytime.

Somkiat Prajumwong, director-general of the newly established National Water Resources Office, assured that the authorities were prepared for the rainy season, as he had ordered related agencies to carefully inspect reservoirs across the country and draft plans for an emergency water crisis.

“As we have found, there are 50 reservoirs that have already reached 80 per cent of storage capacity even before the start of the rainy season. The office has ordered all related agencies such as the RID, the Electricity Generating Authority of Thailand, and the Interior Ministry to drain out the water as much as possible and strengthen the dams to ensure the safety of the reservoirs,” Somkiat said.

“We have to act fast and try to reduce the water in all reservoirs to lower than 60 per cent before the full stage of the rainy season.”

He pointed out that if the reservoirs cannot achieve this goal in time, the National Water Resources Office had already ordered the owner of the reservoirs to set up an emergency protocol to let officers at the project know what to do in the event of a crisis, how to prepare people downstream when the alarm rings and where they should be evacuated to if the dam levels are breached.

At least four reservoirs were breached last year, which claimed the lives of many people and caused extensive flooding downstream because the pressure on the reservoir’s capacity from heavy rains caused the dam’s structure to collapse.

“I am sure that under the unified water management plan of the National Water Resources Office, our efficiency to deal with irrigation management and flood prevention will be significantly improved,” he said.

As the agricultural planner for Chao Phraya River Basin, Somkiat said the RID had already irrigated water for the farmers in water retention areas in Phitsanulok’s Bang Rakam district and other water retention fields downstream in Ayutthaya, Singburi and Angthong. That would allow farmers start farming as soon as late as last month and let them harvest their crops before the flood season starts.

“We also listened to people’s complaints about the problems from water management in water retention fields from last year,” Somkiat said.

“The office has ordered the RID and the Highway Department to make sure that floodwater in water retention fields will not be too high and cause travel difficulties for the people like in previous years.”

In Phuket, the main dam in Kathu, Bang Wad, is 80 percent full with locals saying the level rose another metre over the past month with early wet season rain.

SOURCES: The Thaiger, The Nation