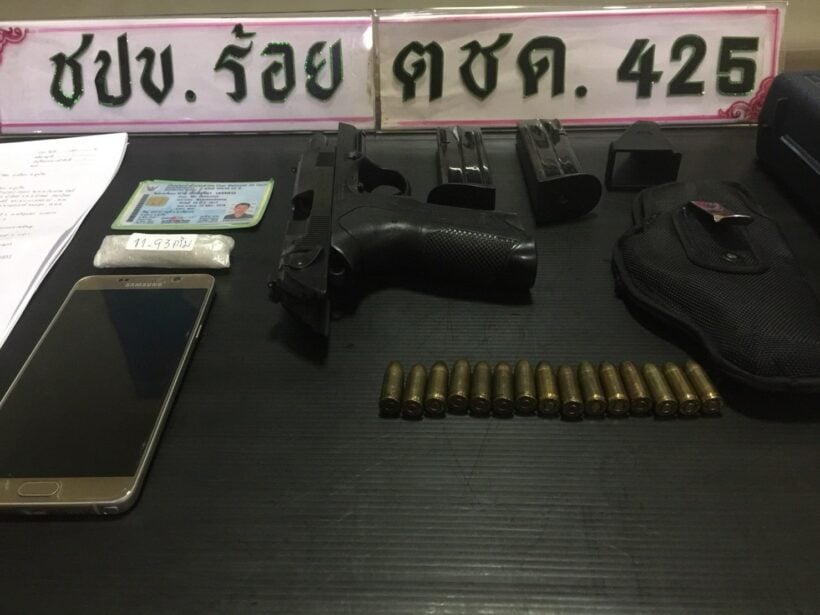 Police seized 11.93 grams of crystal methamphetamine (ya ice) and a licensed handgun with 15 bullets.

He was taken to the Phuket Police Station to face charges of possession with a Category 1 drug with intent to sell, and illegal possession of firearm and ammunition.

The arrest follows police conducting a sting operation after the arrest of 24 year old Saranya ‘Palm’ Arjmongkon at a condominium in Phuket Town. Read that story HERE.

Saranya told police that she bought drugs from a man name ‘Ta’. Police asked Sayan to purchase ya ice from Ta for 9,000 baht by calling his mobile number. Police arrested Saksuriya in the parking area.

Saksuriya told police that he bought ya ice from a man name only as ‘Korn’ and the gun he bought from Mr Tanin Inarj. 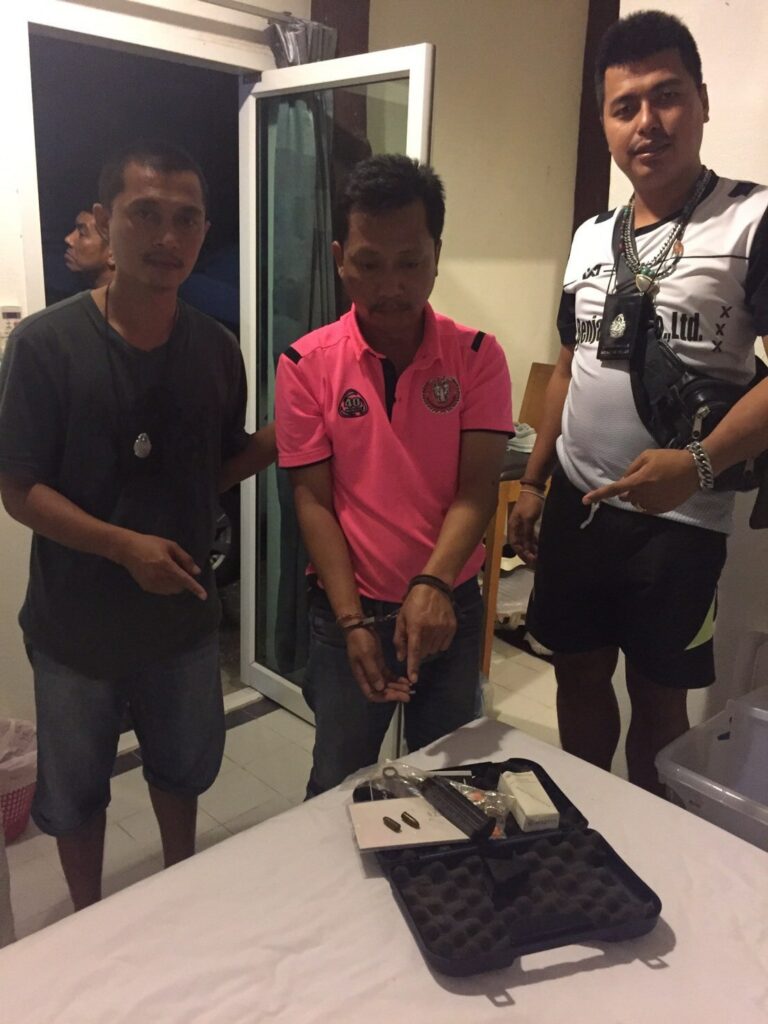