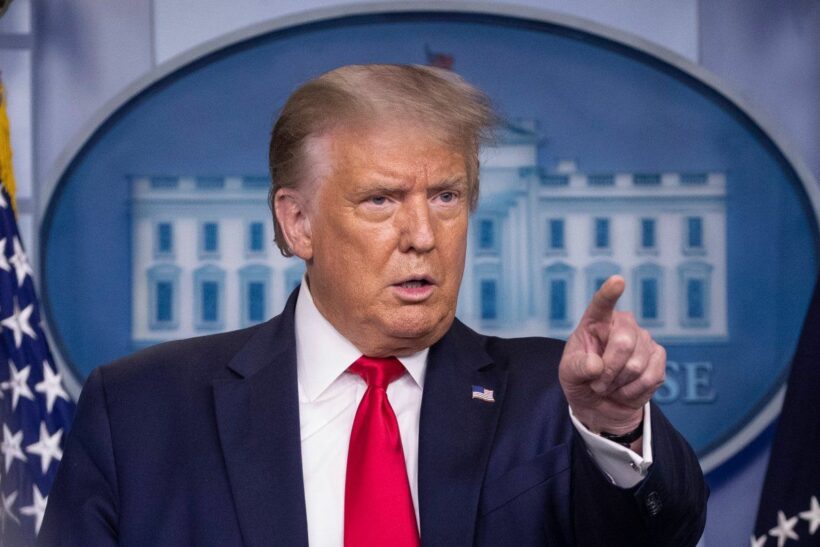 US President Donald Trump’s legal team has been rejected again by a Philadelphia appeals court upon challenging the state’s election results. Despite the court dismissing the case, citing the “campaign’s claims have no merit,” Trump’s lawyers are vowing to appeal to the US Supreme Court. Stephanos Bibas, a Trump appointee, who is also the 3rd Circuit Judge, wrote for the 3 judge panel, which was all appointed by Republican presidents.

“Free, fair elections are the lifeblood of our democracy. Charges of unfairness are serious. But calling an election unfair does not make it so. Charges require specific allegations and then proof. We have neither here.”

Rudy Giuliani, one of Trump’s lawyers, argued the case last week in a lower court for 5 hours, insisting that the election was marred by widespread fraud in Pennsylvania. But Guiliani failed to offer any proof of such fraud. Furthermore, US District Judge Matthew Brann, a fellow Republican, said the campaign’s complaint was filled with errors and denied Giuliani the right to amend the complaint for a second time calling any revisions “futile.”

Bibas also denied the campaign’s request to stop the state from certifying its results in a demand that he described as “breathtaking.”

Pennsylvania officials announced Tuesday that they had certified their vote count for President-elect Joe Biden, who defeated Trump by more than 80,000 votes in the state, and more than 6 million nationally. But despite their findings, Trump says he hopes the Supreme Court will intervene in the race as it did in 2000, when it stopped the recount in Florida, giving the election to George W. Bush. Trump posted a tweet on November 5 asserting his faith in the Supreme Court…

The “US Supreme Court should decide!”

Trump and his allies have repeatedly said the election was flawed and filed a flurry of lawsuits to try to block the results in six battleground states. But judges have not taken the bait as almost all have dismissed the complaints about the security of mail-in ballots, who were largely Democratic-leaning. Brann also voiced his opinion by saying evidence of such fraud has not been put forward by Trump’s legal team.

“One might expect that when seeking such a startling outcome, a plaintiff would come formidably armed with compelling legal arguments and factual proof of rampant corruption.”

Trump said for the first time on Thursday, that he would leave the White House on January 20 if the Electoral College formalises Biden’s win. Despite his apparent admission of an election that may reveal a winner other than him, Trump took to Twitter on Friday citing Detroit, Atlanta and other largely Democratic cities as the sources of “massive voter fraud.”  Furthermore, he claimed, without evidence, that a Pennsylvania poll watcher had uncovered computer memory drives that “gave Biden 50,000 votes” apiece.