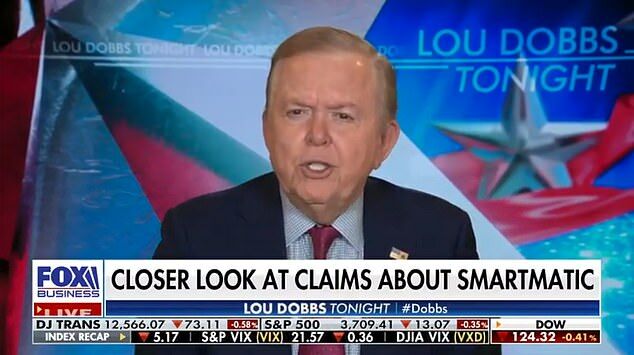 Some of America’s biggest right-leaning media have spent the last week walking back on their earlier promotion of conspiracy theories surrounding alleged voter fraud and tampering from the November 3 election.

Both Fox News and Newsmax have aired segments this week contradicting earlier stories about election fraud and claims focusing on vote machines manufacturer Smartmatic. Without specifically retracting their earlier stories, or apologising for the mistakes, the broadcasters have stopped making the earlier claims, without evidence.

Smartmatic delivered legal notices to a trio of conservative networks for promoting baseless conspiracy theories about the company. In addition to Fox News and Newsmax, Smartmatic and Dominion also issued litigation against One America News Network.

In a 3 minute pre-produced segment, 3 Fox hosts, who previously aired a variety of stories citing election fraud, played the segment on their programs in an apparent attempt to appease the litigants and Fox News’ allegations of widespread fraud.

The bespoke segments were called… “CLOSER LOOK AT CLAIMS ABOUT SMARTMATIC,” where a voice over questions Open Source Election Technology Institute Director Eddie Perez, “a leading authority on open source software for elections”, who fact-checks false claims about Smartmatic that have previously been made by Fox hosts as serious allegations.

The ‘segments’ have all the appearance of a legal retraction in response to the Smartmatic company’s demands and threats of litigation.

“Fox News has engaged in a concerted disinformation campaign against Smartmatic… Fox News told its millions of viewers and readers that Smartmatic was founded by the late Venezuelan President Hugo Chávez, that its software was designed to fix elections, and that Smartmatic conspired with others to defraud the American people and fix the 2020 U.S. election by changing, inflating, and deleting votes.”

Newsmax, described in Wikipedia as “a conservative American news and opinion website”, also aired its own version of segments walking back more unproven allegation on-air hosts made about Smartmatic’s voting technology. Host John Tabacco did his best to “clarify” the network’s coverage, stressing that it “has not reported as true certain claims made about these companies”.

Newsmax debunked claims earlier made on its platforms by hosts and guests but, again, didn’t label the segments as an official retraction. One such allegation made on Newsmax claimed “Smartmatic was owned by the Venezuelan government”, which is untrue. Smartmatic is a wholly owned US private company.

The network also walked back on unfounded claims it made about the Dominion voting system.

“Dominion has stated its company has no ownership relationship with the House Speaker Nancy Pelosi’s family, Sen. Dianne Feinstein’s family, the Clinton family, Hugo Chavez, or the government of Venezuela.”

Smartmatic, one of 2 voting machine and software manufacturers that’s been attacked by President Trump and a bevy of lawyers for supposedly rigging the 2020 election. Pro-Trump attorney Sidney Powell, who has been a continuous source of some of the most outlandish claims, has also been the subject of litigation. Dominion Voting Systems, has also requested a retraction from the President’s i’voter fraud’ legal team, led by Powell.

WHO calls for calm over new coronavirus variant