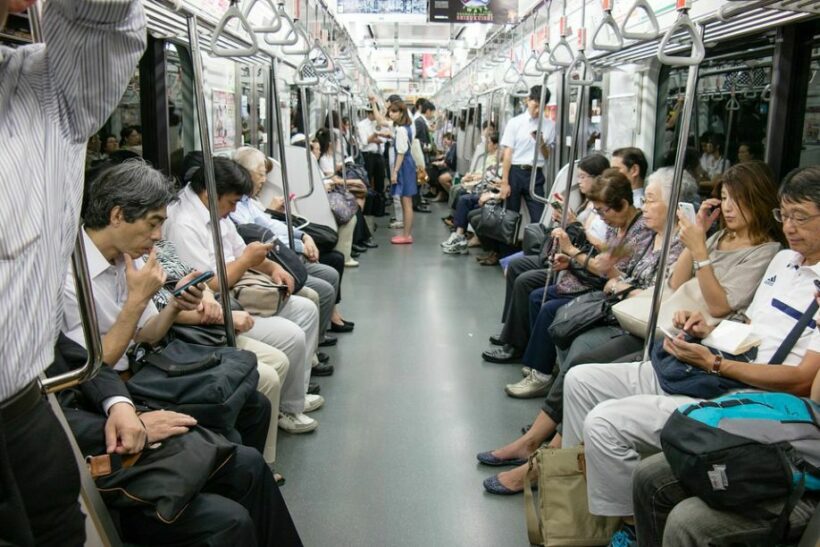 A man dressed in what appears to be a costume of Joker from the Batman comics and movies allegedly went on a stabbing spree on a Tokyo train Halloween night, injuring 17 people. The train had to make an emergency stop and riders escaped the train through the windows.

The alleged attacker, 24 year old Kyota Hattori, was arrested and charged with attempted murder. He was quoted as saying that he had failed in work and had challenges with his friends and relationships. The suspect also said that he “wanted to kill people and be given the death penalty.” He also is reported to have said that he had been “thinking from around June of being sentenced to death.”

The attack began around 8pm Halloween night on a crowded 10-car train from Hachioji station to Shinjuku in central Tokyo. Kyota allegedly told investigators that he chose this route because he knew it would be busy, and also he knew that it didn’t make many stops. The suspect also is believed to have used lighter fluid to start a fire on the train.

Of the 17 people injured in the attack, a 70 year old man was stabbed in the chest and is now in critical condition. The other victims, aging between teenagers to those in their 60s, sustained knife wounds and injuries from smoke inhalation.

Kyota also is quoted as having said that he adores the Joker, a villain from the Batman comics and movies. When the attack happened, he was wearing a green shirt and purple suit as a Joker costume. Before the attack, he had come from Shibuya district which is known as a popular place for partiers to dress up in costumes and celebrate Halloween.

cmsally
Someone suggested on Facebook that he was in fact not impersonating the Joker but a Japanese cartoon character called Yoshikage Kira. If you look at the pictures his clothes are almost identical and the pose he is striking in the…