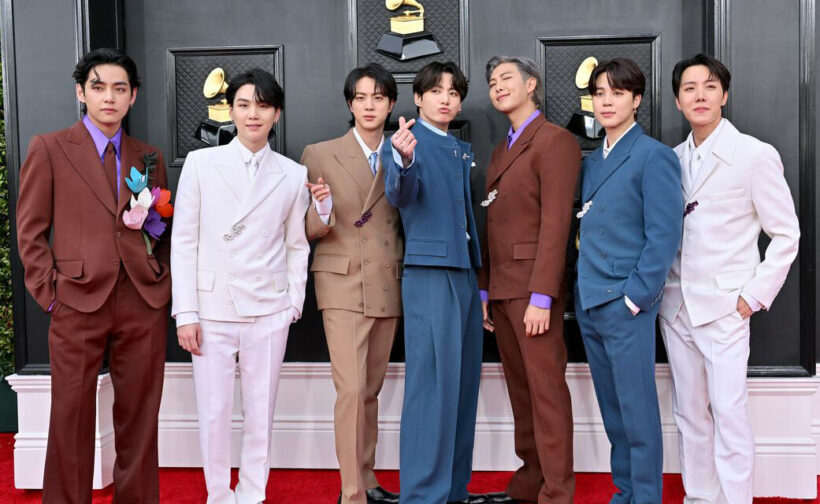 South Korea has certainly come out of its creative shell over the past 2 decades and now making inroads into all levels of international creative endeavour, including TV, music and film.

But for the young people, principally men, who are involved in these careers, they have a major hurdle – South Korea’s compulsory conscription that requires all men to serve in the country’s military. Women are exempt but may voluntarily join the armed services if they choose.

But, imagine you’ve got a booming career in music, where you are the biggest band in the world, at the peak of your career, winning American Music Awards, being nominated for Grammies, selling 10s of millions of albums. Is it fair that your career should be cut short when you’re doing so much for your country, in the way of sheer export income or soft-power promotion for South Korea internationally?

This is the predicament for BTS, the ‘it’ band of the last few years around the world, breaking music records and selling out stadium concerts in minutes, and making huge inroads into the western music market. For those living under a rock, BTS is a seven-member band that has been together for nearly nine years and clearly at the height of their pop careers.

Find out more about BTS HERE.

Now, a South Korean government minister is calling for exempting BTS from the mandatory military service, but South Koreans remains divided over preferential treatment for the megastars. And not only K-Pop stars, but other areas of excellence, including sport or academics, for example.

South Korean Culture Minister Hwang Hee said this week that it would be “national loss” if BTS were forced to break up to do the mandatory military service.

“It would also be a cultural loss for mankind if the singers have to suspend their activities due to the fulfilment of their military service obligations when their achievements in promoting national prestige and their skills are at their peak.”

Last year BTS became the first Asian group since 1963 to top Billboard’s all-genre Hot 100 chart with their English-language single “Dynamite”. It was followed up with another Billboard #1 “Life Goes On” (in Korean language), then “Butter” – 3 number ones in a single 12 month period, a feat rarely pulled off by even the most popular musicians.

But now the band’s oldest member Kim Seok-jin, or just ‘Jin’, needs to enlist in the military before the end of this year unless a related law is revised to allow for an exemption.

While South Koreans have been proud of BTS’s international success, military service exemptions are controversial in a country where issues of inequality and privilege dominate the debate.

All male citizens aged 18 to 28 are required to serve in the South Korean military for about two years. Technically North and South Korea are still at war and North Korea continues to maintain one of the world’s largest standing armies. No peace treaty was ever signed with South Korea.

There are current laws allowing waivers for some elite athletes and classical musicians, but don’t include popular performers, like K-Pop stars, no matter how much international fame they have attracted.

Jin is now 29 and has avoided being conscripted so far because of a new 2020 law that allowed entertainers who have made “measurably great contributions” in popular culture to delay their mandatory military duty.

Now the Culture Minister, who leaves office on May 9 to make way for the new minister and government, is urging parliament to quickly review the current laws to provide legal grounds for all seven BTS members to be exempted from conscription.

For their part, the members of BTS have consistently said they will answer the call of their government and do their best to serve the country. They are also aware of the possible fallout of their exemption and have remained mute about the politics of the conscription issue. They fear a new law, based on their single cases, could end up with a local backlash.

ThaiEyes
A little military service wouldn’t kill them. The record companies are aware of this before signing them. Money money money. It can buy you most anything I suppose 😕
Fanta
I think men aren’t allowed to wear makeup in the Army so this proposed change is a good thing.

Japan’s PM says entry restrictions to ease by next month