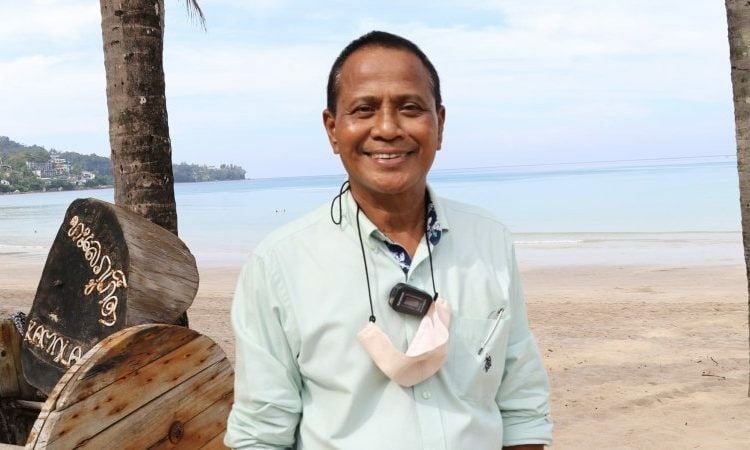 After an animal, which some suspect was a shark, bit a child at a Phuket beach on this week, one official thinks sharks could be a cool new tourist attraction. Earlier, a lifeguard had voiced concern that if the attack was indeed a shark attack, this would impact tourism in the area.

But Jutha Dumlak, the president of the Kamala Tambon Administrative Organisation says that if this was a shark attack, sharks can become a new nature tourism trend. He added that since the Covid-19 pandemic broke out, natural resources have recovered. Jutha said fish populations that were gone years ago have now reappeared.

Jutha stressed that the Kamala Tambon Administrative Organisation has made it a priority to preserve the environment as “beautiful, clean, peaceful, and safe” for tourists.

The child bitten at Kamala Beach is an 8 year old Thai-Ukrainian boy who was travelling with 6 family members. He was swimming with both his mother and father at the time of the attack, and was about 1 metre deep in the water. The boy was reportedly about 100 metres away from the shore.

After the boy was bitten, his family and local beach vendors helped recover him from the water and sent him to the Bangkok Hospital Phuket. The boy’s wound needed 30+ stitches, after the attack left a long, deep cut in his right calf.

Locals and sellers who witnessed the incident believed that it could have been a seapike fish, or a species of barracuda. But after Tuesday’s attack, the island province’s leading marine biologist Dr. Kongkiat Kittiwattanawong insists it was a small shark that bit the young boy.

Prosaap
All the fish come back give it a few month and its same before the brilliant thai will not learn from this
Scotty
Clearly this guy does not swim. Using sharks for a tourist attraction might be something a dive centre does on a remote island but crowded tourist beaches...SEND the man a copy of JAWS THE MOVIE. How do these morons get…
TWS60
Works for the S. Africans and Aussies. Suspect the idea of charging tourists to wade around in shallow, murky, turbid water in the surf zone, waiting to get nailed by a Bull Shark, wouldn't be very appealing, though. On the…

Cabra
I've never seen a shark that can draw a tourist... Presumably the shark would use water colors 🤣
HiuMak
There is a reason they are called wild animals or mammals