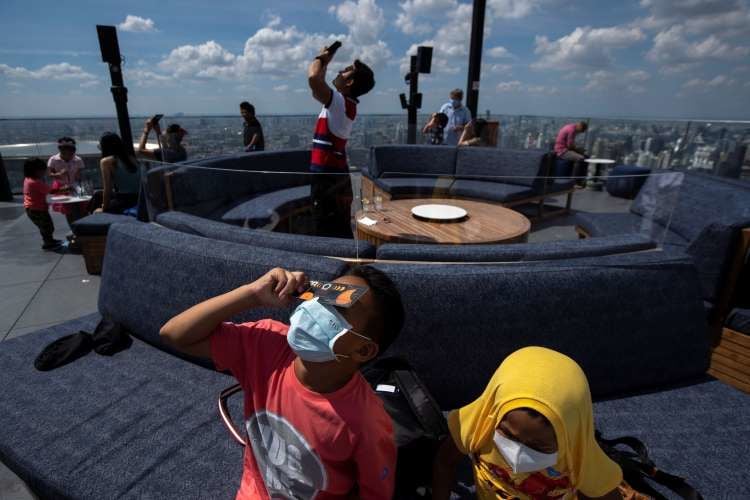 Those who stepped outside in parts of Asia yesterday got a rare photography opportunity as the solar eclipse (partial solar eclipse in Thailand), aka. the ‘Ring of Fire’, darkened daylight during the event.

Skywatchers from parts of West Africa, the Arab Peninsula, South Asia, southern China and Taiwan were the lucky ones to see the full eclipse, which features the moon passing between the earth and sun giving off only a small ring of light as the moon blocks out the sun.

This eclipse happened on the same day as the 2020 summer solstice, the longest day of the year in the northern hemisphere.

Every year or two, annular eclipses occur and are only apparent around a small belt of our planet called the ‘centerline’. This eclipse lasted as a total ‘block out’ for just under 90 seconds.

People who weren’t along the ‘centerline’ did not experience the full eclipse but did see their day get darker as it was taking place. Astronomers claim the eclipse is equal to going from a 500W bulb to a 30W bulb.

Here are some of the best pictures for those who missed it: