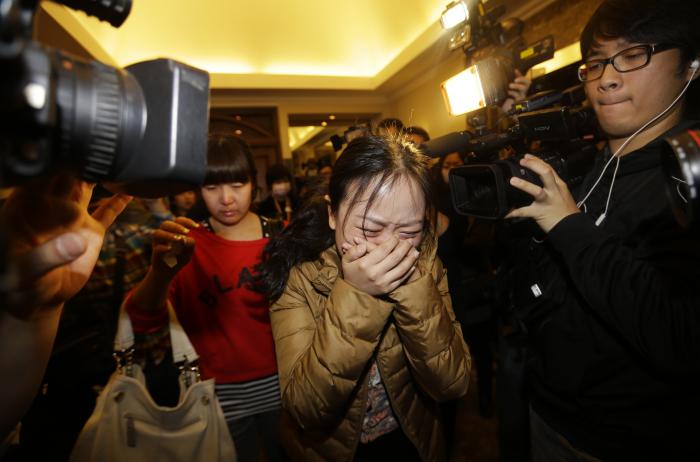 PHUKET: Interpol is investigating more suspect passports used to board a missing Malaysia Airlines flight, in addition to two European ones that were falsely used by unidentified passengers, the global police agency said on Sunday.

An Italian man and an Austrian man were falsely listed as passengers on Beijing-bound flight MH370, which disappeared after takeoff from Kuala Lumpur early on Saturday with 239 people aboard.

Authorities later confirmed the two men – Austrian Christian Kozel and Italian Luigi Maraldi – were not on the plane, and their passports had been stolen in Thailand within the last two years.

An Interpol spokeswoman said a check of all documents used to board the plane had revealed more “suspect passports” that were being further investigated.

She was unable to give further information on the number of documents or the country they related to.

Interpol maintains a vast database of more than 40 million lost and stolen travel documents, and has long urged member countries to make greater use of it to stop people crossing borders on false papers. Few countries systematically do so, it said in a statement.

The police organisation confirmed that Kozel’s and Maraldi’s passports had both been added to the database after their theft in 2012 and 2013 respectively.

But it said no country had consulted the database to check either of them since the time they were stolen, so it was unclear how many times they might have been used to board flights or cross borders.

“Whilst it is too soon to speculate about any connection between these stolen passports and the missing plane, it is clearly of great concern that any passenger was able to board an international flight using a stolen passport listed in Interpol’s databases,” Secretary General Ronald Noble said.

The database is currently available to law enforcement authorities but not to airlines, the spokeswoman said.

“This is a situation we had hoped never to see. For years Interpol has asked why should countries wait for a tragedy to put prudent security measures in place at borders and boarding gates,” Noble said.

“If Malaysia Airways (sic) and all airlines worldwide were able to check the passport details of prospective passengers against Interpol’s database, then we would not have to speculate whether stolen passports were used by terrorists to board MH 370,” he added.

There is so far no indication that the plane’s disappearance is linked to the two passengers falsely travelling under the European passports. Authorities are currently trying to establish their true identities.

The fate of the plane is not known, but an investigation is narrowing in on the possibility that it disintegrated in mid-flight, according to a senior source.

Despite years of pressure from Interpol, in 2013 passengers were able to board planes a billion times without their passports being screened against the agency’s databases, the agency said.