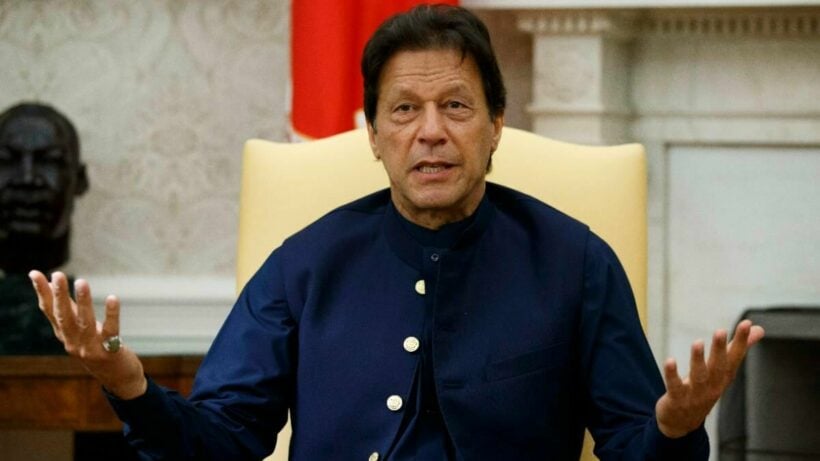 Following a parliamentary vote of no confidence last week, Pakistan’s PM Imran Khan has been ousted. The vote came after Pakistan’s opposition parties accused Khan of economic mismanagement, as well as poor governance. The country’s Supreme Court ruled on Thursday that a decision to block the no confidence vote was unconstitutional.

Now, Khan claims that opposition to him is backed by the US. On Friday, Khan addressed the public and claimed the no confidence vote was caused by a “foreign conspiracy” tied with the US. Khan alleged that the US was targeting him because he couldn’t easily be used as a “puppet for the West”. He said he was not anti-American but would not let Pakistan “be used as a tissue paper”.

Last week, after blocking the no confidence vote (the block was overturned on Thursday), Deputy Speaker Qasim Khan Suri reiterated Khan’s claims, saying he had acted to prevent a ‘foreign conspiracy’ to unseat Khan’s regime.

The US State Department hit back at Khan in a statement, saying there is “no truth” to Khan’s allegations.

Khan called for protests against his ousting across Pakistan today. He also called for an early election. Meanwhile, the US State Department says it is closely following the situation in Pakistan.

Pakistan’s opposition has called for Khan’s removal for months, claiming that Khan is economically mismanaging the country. On Thursday, Reuters reported that the Pakistani rupee hit an all-time low. Khan’s government has been grappling with depleting foreign exchange reserves, inflation, and spiking prices in food and fuel.

Pinetree
Who cares. Its a failed State, riddled with corruption and radical terrorists. They can't even stop themselves cheating at cricket. This will never change.
CamPat
Perhaps he saw the writing on the Wall since quite some time and lost the armtwisting with the Elephant which is closely knit with the Paki Army. He looked for his Asian Neighbor China and that caused his end. Interesting…
CamPat
And as for the sunday treat of TheThaiger i would like to thank the Moderator of the Forum to grant me a special status: Your Current Rank Collaborator (7/14) I feel honored and will from now on wear a…