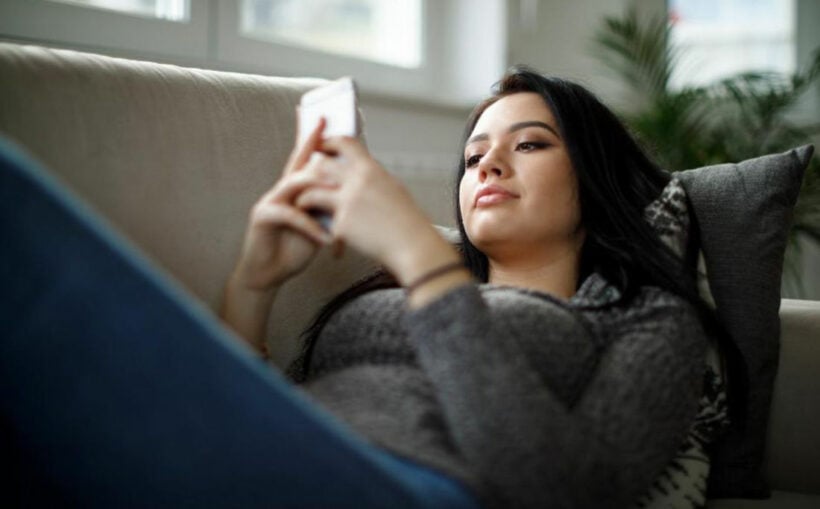 For instance, they found that 12 – 15 year olds, who typically spent three or more hours a day on social media, were about twice as likely to experience depression, anxiety, loneliness, aggression or antisocial behaviour, compared to adolescents who did not use social media.

As the social media time increased, so did their risk, making them four times more likely than non-users to have any these problems if they spent more than six hours a day on social media.

Of the group participating in the research – a nationally representative sample of 6,595 adolescents living in the US in 2013 to 2014 – just 17% said they did not use social media. Among those who did use social media, 32 per cent reported using it for 30 minutes or less every day, 31% said roughly 30 minutes to three hours, and 12% said three to six hours.

A further 8% report they spent more than six hours a day flicking through social media.

Another study from the University of Essex and University College London also finds that teenagers who spend more hours a day on social media have a greater risk for depression, and the connection appears to be particularly pronounced for girls.

The team looked at data from over 10,000 14 year olds taking part in the UK Millennial Cohort Study. Participants filled out questionnaires about their social media use, and about their mental health… eg. depression symptoms were assessed by the Moods and Feelings Questionnaire (the teens rated how much they agreed or disagreed with statements like, “I felt miserable or unhappy,” “I didn’t enjoy anything at all,” “I felt so tired I just sat around and did nothing” over the past two weeks).

The JAMA Psychiatry study didn’t determine how or why social media was linked to mental health issues. But the researchers suspect that heavy use may lead to sleep problems that can contribute to such issues, increase the risk for cyberbullying, which has been tied to symptoms of depression, and result in unrealistic comparisons of yourself and your life to those of others seen on social media.

Researchers also noted that their analysis adjusted for any previous mental health issues, saying this “mitigates the possibility that reverse causality explains these findings”.

The American Academy of Pediatrics encourages parents to develop a family media use plan and includes information on its website on how to do this.

According to allprodad.com, here are five things parents should watch out for in young peoples’ social media interactions…

It’s one thing to party, there is plenty of potential danger with that alone. It is quite another thing to post all of your activities (particularly illegal) for friends, family, enemies, and future employers to see. Teenagers aren’t thinking about anything, but the attention they receive today. There are three questions for them to answer before posting something.

• Would you be comfortable with a future boss or the school Principal seeing it?

• Are you okay with your grandmother seeing this?

• Can someone that doesn’t like you use it against you?

It’s tough not to compare our lives with one another when everything is posted online. For teens, social media quickly becomes a show, a place for them to make their life look more exciting than others. It’s about building an image.

The problem is that it nurtures embellishment and exaggeration. Our true sense of identity and belonging may be weakened. Those are two of the most important things teenagers are developing. Focusing on creating fantasy, instead of embracing their true self, stunts their maturity.

Teenagers, especially girls, find out quickly that their newly discovered sexuality can be used for attention, even manipulation. Social media gives them a wider audience for both. It feels empowering and they do not have the maturity to self- regulate. All of the consequences of the first two points apply here.

Many want to be the next Internet sensation. Unfortunately, in order to do that, you have to do something extreme. Too often that results in them doing things that are physically dangerous or humiliating. Not only can they sustain serious injury or death doing them, but they are not prepared for the consequences when these videos are uploaded. That brings me to my final point.

5. Humiliating or Publicly Shaming Others

Sadly, this is not just a teen problem, it’s an all of us problem. I remember reading the book 1984 and always thinking that Big Brother would be government. It’s actually all of us with our camera phones and hunger for attention. Every time someone does something embarrassing or lacking in integrity, someone records it and posts it without a thought.

Now I believe in appropriate accountability; but the second these videos upload, we descend like piranhas with blood in the water. A simple mistake or lapse in moral judgment quickly becomes a ruined life. There is blood on our hands when we post a video, share it, or join a chorus of hateful comments contributing to a persons destruction. Teens are following our lead and they won’t stop until we do. They don’t know any better. We should.

US will slap tariffs on EU following Airbus trade ruling