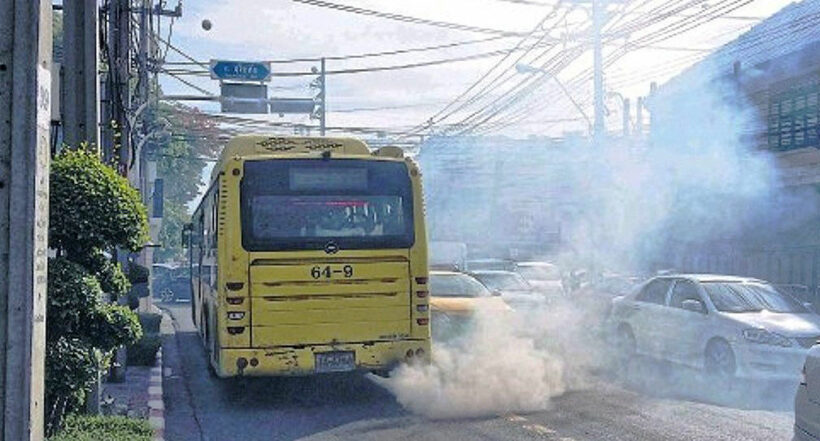 PM General Prayut Chan-o-cha says those who drive polluting vehicles face arrest, warning owners of transport businesses that they will be held responsible for toxic emissions.

Speaking at a ceremony presenting government policy to the National Farmers Council, the PM adds that Thai farmers can play their part by reducing outdoor burning, which contributes to pollution.

The Department of Industrial Works has already pledged to cooperate with the Royal Thai Air Force (RTAF) in the battle against pollution, by installing detectors in areas that have many factories and conducting regular inspections.

The director general from the Department of Industrial Works, Prakob Vivitjinda, says the detectors will be installed on drones in order to check for unhealthy levels of pollution, particularly in industrial areas, and that inspection teams will visit factories regularly.

“The department also plans to install more real-time sewage detectors that will send information round the clock. These detectors have already been installed in factories that discharge more than 500 cubic metres of water daily, and this has already proved to be successful.”