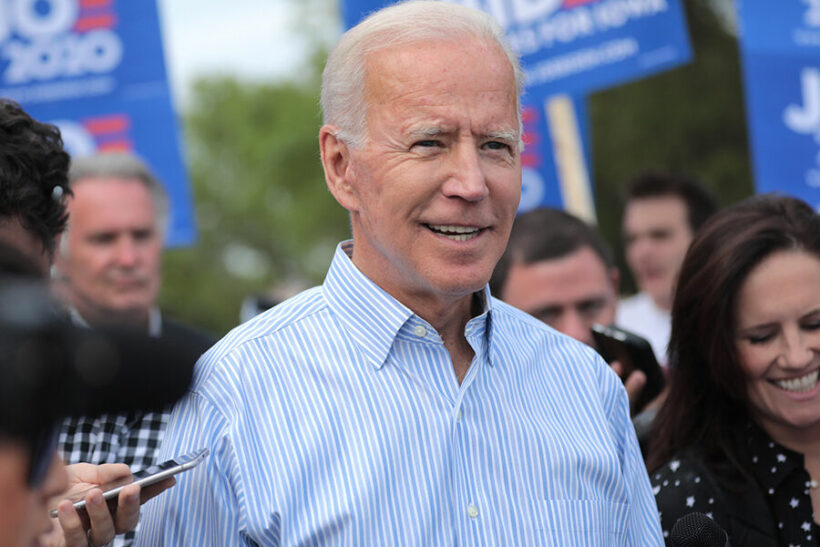 The White House has confirmed that US President Joe Biden will run again in the 2024 presidential elections. According to a Reuters report, spokeswoman Jen Psaki says the president intends to run for a second term. At the time of her media address, Biden was on board Air Force One, on his way to a Thanksgiving event with US troops in Fort Bragg, North Carolina.

The president’s approval ratings have taken a hit recently, with some Democrats questioning if he would run again. The Republicans celebrated a number of wins in recent state elections in Virginia, while the Democrats only won by a narrow margin in New Jersey.

However, Psaki appears to have laid to rest speculation that 79 year old Biden might not run for re-election.

“He is. That’s his intention.”

Meanwhile, a recent poll jointly conducted by USA Today and Suffolk University, found that Vice President Kamala Harris has an approval rating of just 28%. This had led some to question her suitability as a presidential candidate in the event that Biden decided not to run in 2024.

Reuters reports that on Friday, the president had his first health examination since he took office last January. The physical exam found that his gait has stiffened and that acid reflux is the cause of his coughing bouts. However, doctors have concluded that Biden is fit for office.

Last week, Congress approved a US$1 trillion infrastructure package, potentially boosting the political outlook for the president. A further US$2 trillion social safety net is still being debated.

WaccineChinawatiiRaporn
6 minutes ago, JohninDubin said: I find it so amusing to see the mods comment "abusive comment removed". After seeing what was left in, I dread to think what was removed. So, I happened to mention Ireland requiring ID for…
WaccineChinawatiiRaporn
30 minutes ago, ThaiEyes said: As a last resort, you resort to personal insults like “clueless”. I never said I was a Democrat. I did however mention something about being more dimensionally complex though. However you may put me in…

ThaiEyes
6 minutes ago, WaccineChinawatiiRaporn said: I said all of this great dramatic stuff and you're talking about me saying clueless???? Here's what happened.... You said something d*mb I commented on it You responded with something more d*mb I commented on…
WaccineChinawatiiRaporn
17 minutes ago, JohninDubin said: Yes. I am aware. The problem I have is that one side was totally inhabited by white supremacists and neo Nazis trying to recreate a scene from a Nuremberg Rally while chanting "Jews will not…

Andrew Reeve
This thread will remain locked The topic was: Joe Biden will run for re-election in 2024: White House Little evidence of the following within this thread Etiquette – How to be “nice”! We would like you to be civil, polite,…