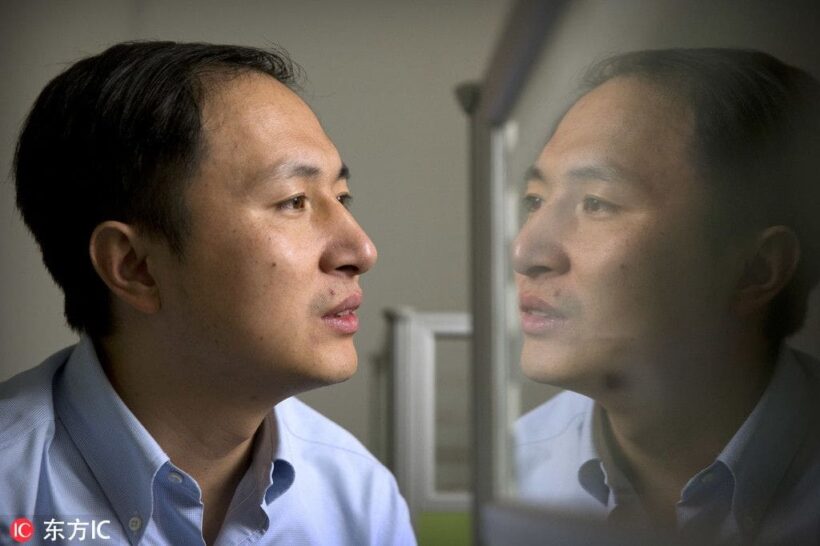 PHOTO: He Jiankui is reflected in a glass panel as he works at a computer at a laboratory in Shenzhen, South China’s Guangdong province – China Daily

A Chinese scientist’s attempt to produce babies immune to HIV is sparking heated debate among the public and academics.

He Jiankui, a biological researcher, has announced on social media, that twin baby girls, Lulu and Nana, born healthy a few weeks ago, were conceived through in vitro fertilisation and ‘genetically edited’ for immunity to HIV infection.

“The mother started her pregnancy by regular IVF with one difference. Right after sending her husband’s sperm into her eggs, we also sent in a little bit of protein and instructions for gene surgery,” said He, from Southern University of Science and Technology in Shenzhen, Guangdong province, speaking in the video.

“Lulu and Nana were just a single cell when the surgery removed the doorway through which HIV enters to infect people.”

He, believed to be in Hong Kong to attend the Second International Summit on Human Genome Editing, a three-day conference due to open on Tuesday, could not be reached for comment yesterday. But his announcement sparked heated controversy over concerns over medical ethics and effectiveness.

The Shenzhen Health and Family Planning Commission says that it had not received any ethical assessment application for the study, which is a prerequisite for such experiments.

Southern University of Science and Technology said on Monday that it was not aware of the research, as He did not report it to the school.

More than 120 scholars from prestigious universities and institutes from China and abroad such as Tsinghua University and the Massachusetts Institute of Technology strongly condemned the research in a signed statement, saying it lacks effective ethics oversight and amounts to human experiments.

In the statement published on weibo.com, they said any attempt to change human embryos with genetic editing and allow the birth of such babies entails a high degree of risk due to inaccuracies in existing editing technologies.

The Long March towards electric cars