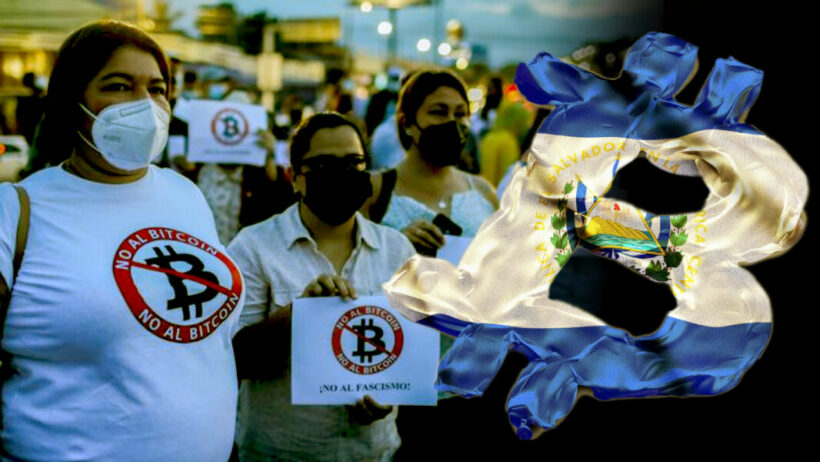 Cryptocurrency has been making inroads at gaining more and more mainstream acceptance, but this week marked a new major milestone. El Salvador just became the first country worldwide to accept bitcoin as legal tender, on Monday purchasing 400 bitcoins at a price of US $21 million. The announcement caused such a swell of interest, the country’s cyber wallet system was frozen on the first day of the launch.

El Salvador has been using the US dollar as their primary currency for the last 20 years, but now bitcoin will be accepted as payment for any services or goods throughout the country. A cyber wallet called Chivo will facilitate the spending and buying of bitcoin and 200 ATMs countrywide will cater to cash withdrawals for bitcoin accounts.

Servers have already had to be upgraded due to demand with the Chivo Wallet app going offline, and some say the move to accept bitcoin will allow many of the 6.6 million people in El Salvador access to bank services for the first time in a country where over US $5.9 billion – 20% of the GDP – is spent on remittances.

Still, the move has been met with blowback from protesters who fear the cryptocurrency’s volatility may devastate the already struggling economy that has shrunk nearly 8% over the course of the Covid-19 pandemic. The majority of people in the country said they would stick to US dollars and not switch over to bitcoin in a recent poll. President Nayib Bukele offered $30 to every El Salvadoran who converts to bitcoin.

El Salvador has earmarked US $200 million to keep liquidity in the ability to convert bitcoin to cash, as many fear the lack of legal protection regarding bitcoin and the infamous volatility of the cryptocurrency that briefly topped $50,000 yesterday after a drop from its $63,000 peak in April.

Long before the adoption of bitcoin, an anonymous donor jumpstarted crypto usage in El Salvador, with the El Zonte Bitcoin Beach project converting a coastal town to a crypto economy with the country’s first bitcoin ATM. The director of that plan said that it has been transformative, with people who never had bank accounts or any way to move money online now being able to send money to family across the country. He says it encourages people to build up savings for the first time.

El Salvador plans to keep pricing, salaries and accounting in US dollars, and the Chivo app will convert bitcoin to dollars for those who prefer it.

Lawyers_Guns_and_Money
4 minutes ago, gazmo16 said: The perfect excuse waiting in the wings , we were highjacked and lost the $400 million , sorry  I would imagine that hackers are already at work on it. I'm sure El Salvador has their…
Paco
2 hours ago, HunJo said: Inform me more please. My son is now in cryptocurrency marketing. I don't have a clue and I'm sticking to gold no worry Gold strong too, but it also depends on the bitcoin like many…

AussieBob
1 minute ago, Paco said: no worry Gold strong too, but it also depends on the bitcoin like many other crypto's and currencies, bitcoin is not like it was before... after they made some announcement because bitcoin was only going…
Paco
On 9/9/2021 at 8:42 AM, AussieBob said: Yep - I know a few people who made money many years ago.  When I ask them to explain it all they seem to give me nothing but a 'smoke and mirrors' explanation.…

gummy
Just now, Paco said: In reality the entire world is a ponzie scheme... example a bank They need your money to keep going one deposit other person withdrawal the money... entire ponzie scheme.. why younthink with the recession they had…