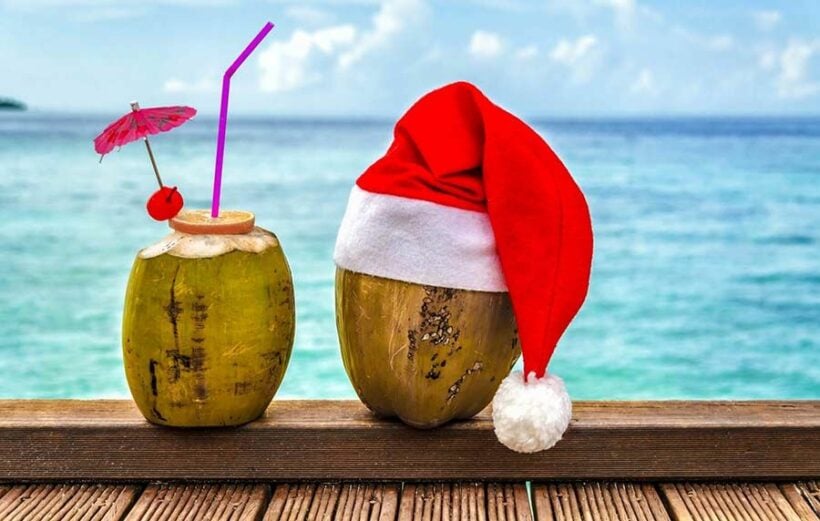 Those of us living in Thailand (and those who holiday here in more “normal” times), are familiar with what Christmas looks like in the Land of Smiles. But what about other Asian countries? Here’s a round-up of what the festive season looks like for some of our neighbours.

Indonesia
Despite being a primarily Muslim nation, Christmas is celebrated by many in Indonesia. A history of colonisation by European settlers means the country is home to a minority Christian population. In Bali, this community is found primarily in the south of the island, where it’s traditional to have a Christmas tree made of chicken feathers and streets decorated with yellow coconut leaves, known as penjor.

Fireworks are also a big part of Indonesia’s Christmas celebrations, with children often allowed to stay up all night on Christmas Eve watching the spectacle. About 10% of Indonesians identify as Christian.

China
Christmas is becoming more popular in China’s larger cities, due primarily to the influence of resident expats. While Chinese children don’t write to Santa, or leave him cookies and milk on Christmas Eve, “peace apples” are popular. These are decoratively-wrapped apples, which are given as gifts.

The reason behind this is apparently because the word for apple sounds like the words “peace” and “Christmas Eve” in Mandarin. Travel outside the big cities however, and into the Chinese heartland, and you will meet people who have had far less interaction with Westerners, and for whom Christmas remains a mystery. This is particularly true of the older generation.

South Korea
South Korea is one of a few Asian countries in which Christmas Day is a public holiday, with around 29% of the country’s population being Christian. Despite Christmas being a “newish” holiday, South Koreans have their own version of Father Christmas, known as Santa Haraboji (Grandfather Santa). While similar to the Western version we’re familiar with, South Korea’s Santa wears a green suit and tops it off with a gat, the traditional Korean hat.

Japan
The Japanese see Christmas as an opportunity to spread good luck and happiness, rather than as a religious festival. Christmas Eve is the main event, when romantic couples traditionally exchange presents. Although Christmas Day is not a public holiday, December 23 is, as it celebrates the Emperor’s birthday.

As with many parts of the world, Christmas is also an excuse for shopping, with brightly-decorated malls filled with people looking for gifts for family and friends.

Malaysia
Being the multicultural melting pot it is, Malaysia celebrates Malay, Chinese, Eurasian and Indian festivals throughout the year, and Christmas is no exception. Christmas Day is a public holiday, but the festive season takes on a more commercial aspect with lesser focus on the religious aspects in the majority Muslim country. Shopping malls in big cities like Kuala Lumpur start getting ready well in advance and you can expect to see them all decorated with giant Christmas trees, Santa figures, and twinkling lights.

From the beautiful to the bizarre: 6 Christmas traditions from around Asia

US conservative media walk back allegations on voter fraud