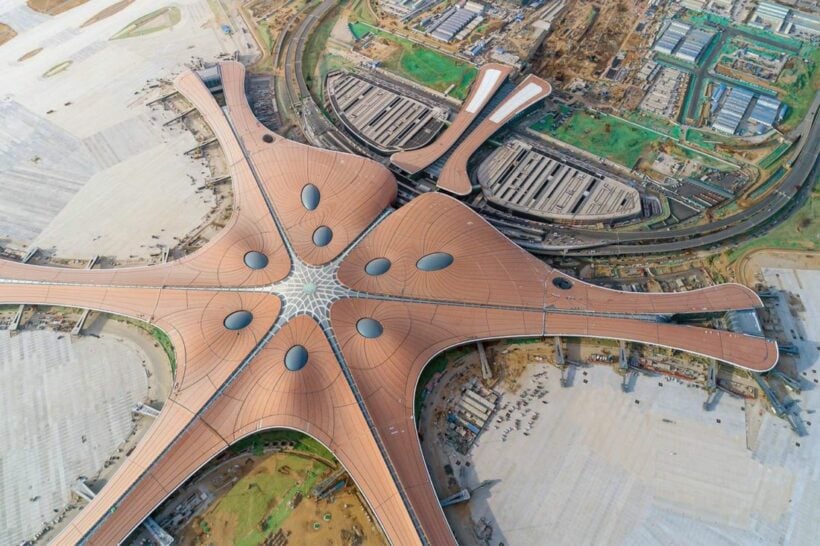 “China is expected to surpass the US to become the world’s biggest aviation market in the next couple of years.”

China’s President Xi Jinping has opened a futuristic new airport in Beijing, expected to become one of the busiest in the world. Xi declared the starfish-shaped airport open in brief remarks at a ceremony inside the huge terminal, days before the country holds a grand celebration to mark 70 years of Communist rule.

Located 46 kilometres south of Tiananmen Square, the Beijing Daxing International Airport will operate at full capacity by 2040, with eight runways and the potential to receive 100 million passengers per year.

“The airport is seen as a fitting embodiment of the Chinese dream,” Xi told the audience.

Both foreign and domestic carriers have announced plans to move their operations to the new airport. British Airways, Cathay Pacific and Finnair have already announced their new routes to Daxing to tap the potential of the new aviation hub.

The SkyTeam alliance, which includes Delta, Air France and KLM, was expected to move over to the new airport, along with their partners Eastern Airlines and China Southern Airlines. But when contacted by AFP last week, Delta and Air France said the decision whether to move airports had not yet been made.

The third largest Chinese airline, Air China, is expected to keep flying the bulk of its flights from Beijing Capital International Airport.

“Switching airports can be a complex decision for airlines,” according to aviation analyst John Strickland.

“Airlines would prefer to see a new airport open and overcome teething problems before moving services from another well tried and tested airport.”

The maiden flight from the airport is scheduled at 3.30pm today, Beijing time. 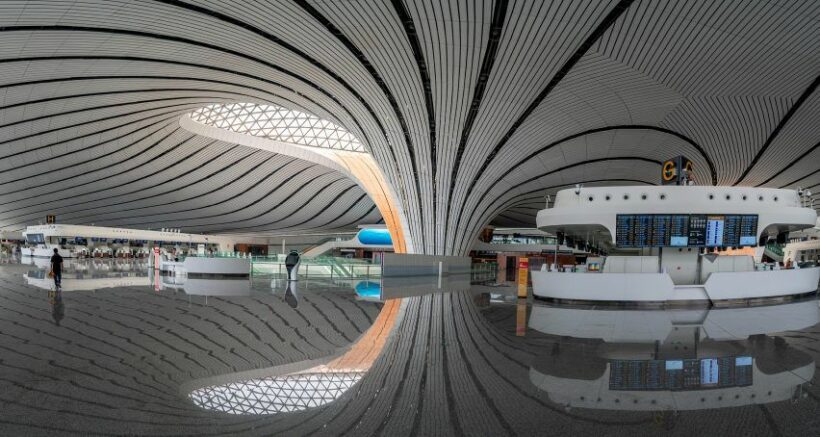 At 700,000 square metres (173 acres) – about the size of 100 football pitches – the new structure will be one of the world’s largest airport terminals. The building was designed by Iraqi-British architect Zaha Hadid, who died in 2016.

Inside, it stands out for its flowing, curved lines and use of natural light that filters down to the lowest levels of the building through openings on the roof. Underneath the terminal is a train station and metro line that will allow travellers to reach the city centre in 20 minutes.

At full capacity, Daxing would be the world’s largest single terminal in terms of traveller capacity, according to its designers. Atlanta airport in the US – the world’s busiest airport – can receive more than a hundred million passengers, but across two terminals.

China is expected to surpass the US to become the world’s biggest aviation market in the next couple of years. By 2037 the country will have 1.6 billion plane journeys each year – a billion more than in 2017. 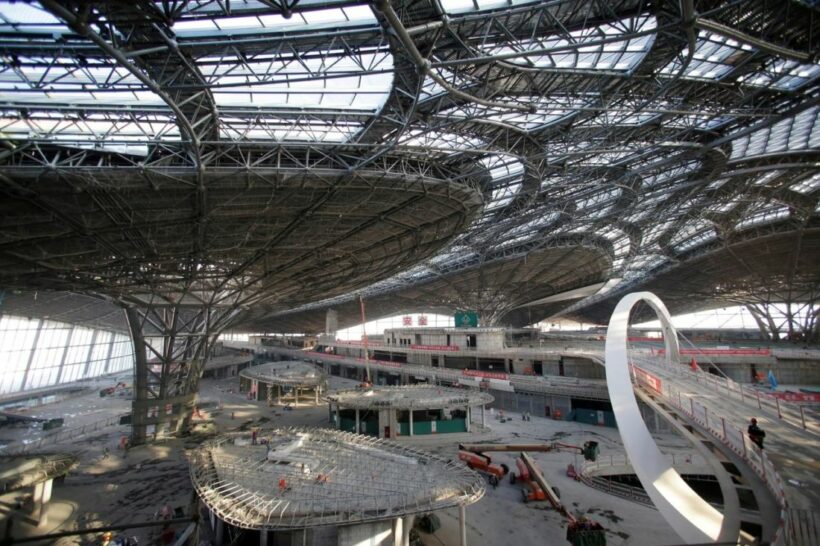