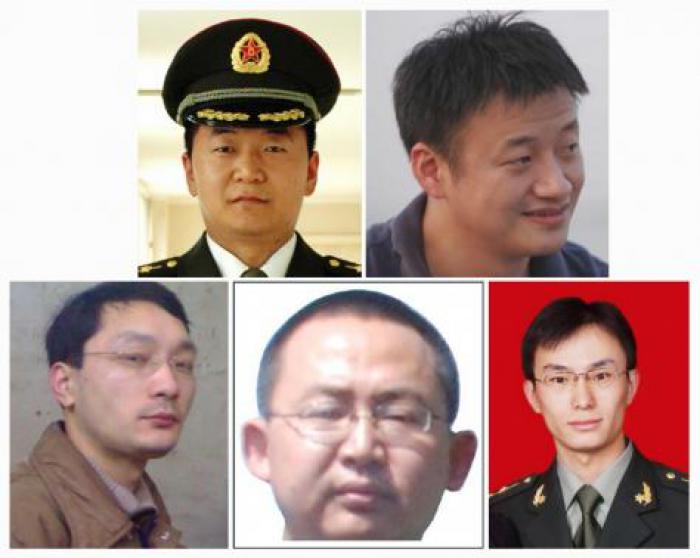 The U.S. Ambassador to China, Max Baucus, met with Zheng Zeguang, assistant foreign minister, on Monday shortly after the United States charged the five Chinese, accusing them of hacking into American nuclear, metal and solar companies to steal trade secrets.

Zheng “protested” the actions by the United States, saying the indictment had seriously harmed relations between both countries, the foreign ministry said in a statement on its website.

Zheng told Baucus that depending on the development of the situation, China “will take further action on the so-called charges by the United States”.

It was the first criminal hacking charge that the United States has filed against specific foreign officials, and follows a steady increase in public criticism and private confrontation, including at a summit last year between U.S. President Barack Obama and Chinese President Xi Jinping. The indictment is likely to further roil relations between China and the United States. Besides cyber-hacking, Washington and Beijing have grappled over a range of issues, including human rights, trade disputes and China’s growing military assertiveness over seas contested with its neighbors.

“The Chinese government and military and its associated personnel have never conducted or participated in the theft of trade secrets over the Internet,” the foreign ministry quoted Zheng as telling Baucus.

Zheng told Baucus that the U.S. attitude to Internet security was “overbearing and hypocritical” and urged the United States to give China a clear explanation on reports that Washington has long spied on the Chinese government, businesses, universities and individuals.

China’s Ambassador to the United States, Cui Tiankai, also “made solemn representations” to the State Department on Monday.

“The accusations that the United States have made against these Chinese officials are purely fictitious and extremely absurd,” Cui was quoted as saying by the state-run China News Service said.

China’s defense ministry summoned the American military attache on Tuesday to protest what they said were actions “that seriously violated norms governing international relations and for seriously slandering the image of the Chinese army”.

The angry reaction from Beijing is likely to be the first major test for Baucus, who arrived in Beijing in March, as he seeks to balance U.S. interests with the desire for more economic cooperation with China.

China is the United States’ biggest foreign creditor. As of February, China held $1.27 trillion in U.S. Treasury bonds, according to Treasury Department data.

“If the case is not withdrawn, I expect the Chinese government to retaliate,” said Jin Canrong, associate dean of the School of International Studies at Renmin University in Beijing.

The majority of China’s Internet users are now furious because they think the United States has “double standards” on spying, Jin said, adding that negative domestic public opinion would have a detrimental effect on Sino-U.S. relations.

The leaks by National Security Administration contractor Edward Snowden have given China grounds for accusing the United States of infiltrating Chinese companies and government offices.

The foreign ministry said it would suspend the activities of a Sino-U.S. working group on cyber issues. The defense ministry issued a similarly pointed statement on Tuesday, saying the accusations contained “ulterior motives”.

“Suspending the operations of a bilateral group on cyber affairs is a reasonable start, but more countermeasures should be prepared in case Washington obstinately sticks to the wrong track,” state news agency Xinhua said in a commentary.

When asked about how China could retaliate against the United States, Foreign Ministry spokesman Hong Lei said at a daily news briefing that “it is the United States that should take actions, correct its mistake and withdraw the decision”.

Skeptics said U.S. authorities would not be able to arrest those indicted because Beijing would not hand them over. Still, the move would prevent the individuals from traveling to the United States or other countries that have an extradition agreement with the United States.

According to the indictment, all five defendants worked with Unit 61398 of the People’s Liberation Army “, which had been “hired” by Chinese state-owned companies to provide information technology services” including assembling a database of corporate intelligence. The Chinese companies were not named.