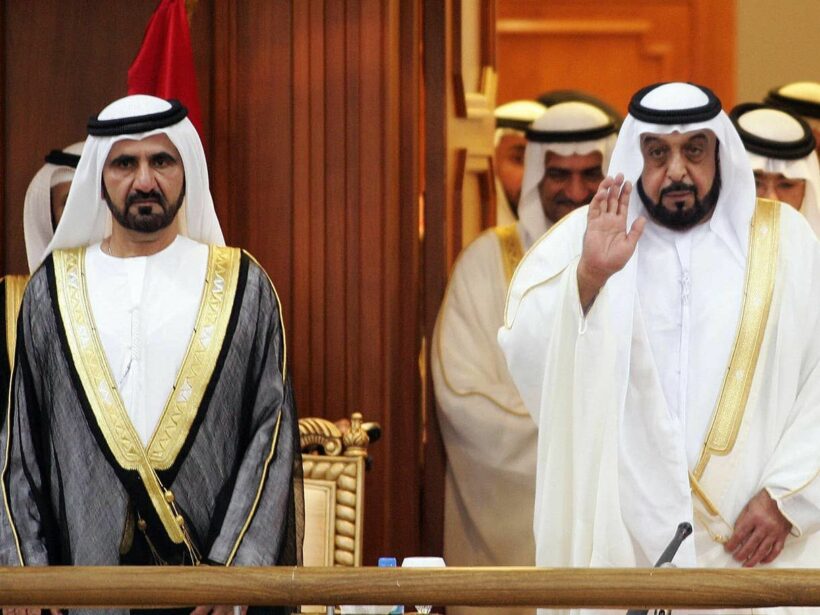 An Abu Dhabi billionaire has reportedly filled up his mansion’s water tanks with Evian water shipped from France. The sheikh by the name of Khalifa bin Zayed al-Nahyan, who is the Emir of Abu Dhabi imported the famous water as part of renovations to Ascot Place, his 18th-century Berkshire mansion-valued at 60 million euros.

A legal battle in London’s High Court revealed the news, which further evidence the Emirati’s “profligate” lifestyle after the sheikh apparently only visits the mansion sporadically. The sheikh is president of the UAE and half-brother of Manchester City owner Sheikh Mansour.

Berkeley Square Holdings – a group of companies registered to Sheikh Khalifa – has accused Lancer Property Asset Management of fraud by “siphoning off” some 32 million euros it received for managing their London estate.

The lawsuit alleges that Lancer’s fees were excessive and that directors had a “dishonest arrangement” with the former chairman of the sheikh’s private office.

But Lancer’s directors, have denied the allegations, saying the payments were all approved by the president and his family; they are now counter-suing for unpaid fees and have claimed unfair dismissal.

The Evian water tank news is not the only admission of how the elite lives as other examples such as house-buying and dropping for seemingly frivolous reasons also came into light.