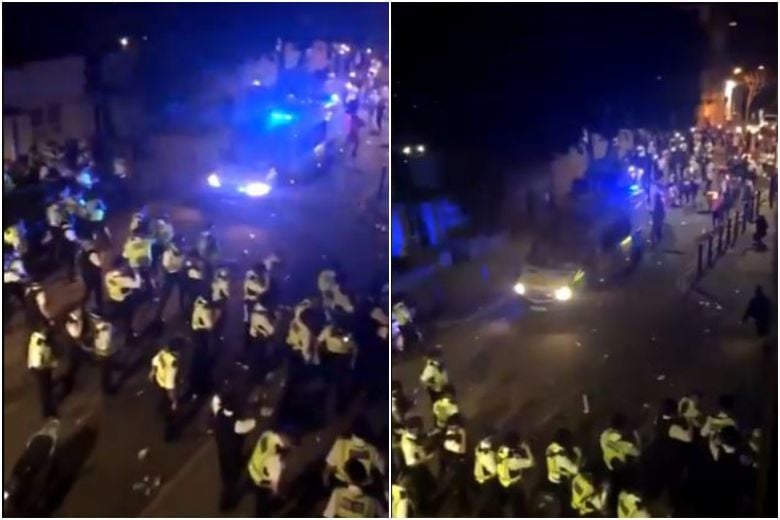 After responding to an illegal music event in London, twenty-two police officers were attacked by crowds defying the ban on parties during the Covid-19 pandemic. A spokesman for Prime Minister Boris Johnson described the scenes as “appalling,” adding: “Violence against the police will not be tolerated.”

Police said they were targeted when responding to residents’ complaints about noise and violent behaviour.The incident sent two police officers to the hospital for treatment, while reportedly the other 20 officers weren’t hurt badly. Four people were reportedly arrested at the event in Brixton.

Social media images that were posted (unverified) showed one person holding an object that looked like a sword – confronting officers and attacking a police car.

The news is particularly upsetting to some as just last weekend there was a stabbing at a park in Reading where three people died, with police labelling it as terrorism. The illegal “rave” also saw one woman raped. The incident led many people to praise law enforcement after they reportedly risked their lives trying to take down the attackers.

British police have issued warnings against holding parties or large gatherings during the lockdown to curb Covid-19, however, it has seemingly fallen on deaf ears as illegal events are still happening.