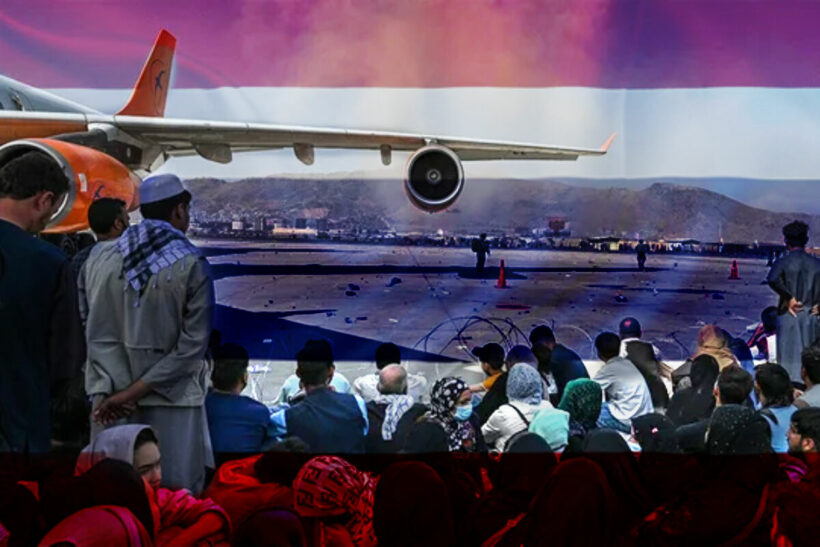 When the Taliban took control of Afghanistan nearly a week ago on Monday, thousands of foreign nationals raced to the airport in hopes of assistance in fleeing the country while it was still possible. Now Thailand’s Foreign Ministry spokesperson has confirmed that all Thai nationals have left Afghanistan.

The Foreign Ministry believes that there were 4 remaining Thai people in Afghanistan this week, and they have now all been safely evacuated and are in Qatar and Kuwait. They don’t believe there are any unknown or unaccounted for Thai people remaining in the troubled country.

They asked that any Thai national still in Afghanistan or that knows of any Thai person in Afghanistan to immediately contact the Royal Thai Embassy in Islamabad in neighbouring Pakistan or contact the Consular Affairs Department in Thailand. The phone number for the Islamabad Embassy is (+92)-315-900-9949 and the Consular Affairs Department for those in Thailand can be reached at (+66)-02-572-8442.

Thailand’s Embassy in Pakistan was able to work with the embassies in Kuwait and Doha, Qatar’s capital city, in order to coordinate tracking down the 4 Thai nationals and assisting them in evacuating Afghanistan. The last of the 4 was evacuated on Friday, and they are all safely in Qatar and Kuwait.

Conversely, Thailand’s Deputy Immigration Bureau chief discussed the difficulty should any Afghan person want to attempt to evacuate to Thailand for safety. While he did not say that Afghan refugees would not be welcomed into Thailand, he highlighted how difficult logistically the process would be.

Now that there is no commercial airline service to or from Afghanistan, any Afghan refugee would have to make their way to Egypt in order to travel to Thailand. They would also have to be properly vetted and Covid-19 testing before being allowed entry into Thailand.

All Ho Chi Minh City residents to be tested for Covid; military sent in to help distribute food, enforce restrictions