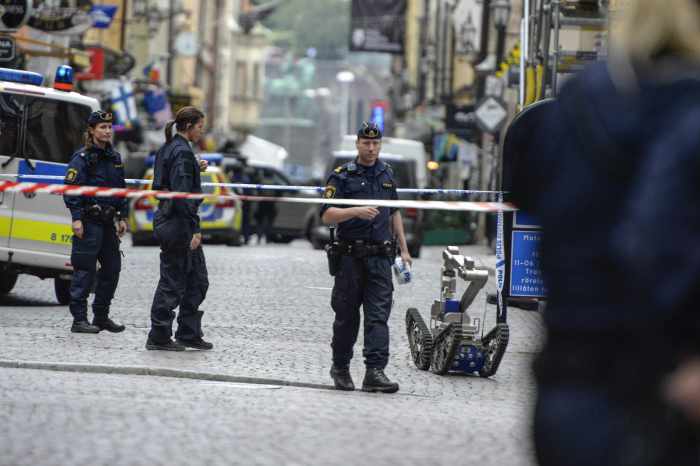 PHUKET: A man who had threatened to set off explosives in the heart of Stockholm on Thursday, prompting an hours-long lockdown in the Swedish capital, finally gave himself up to police, a spokesman said.

Police sealed off large parts of the city and evacuated buildings as they negotiated with the man holed up inside a building near the headquarters of the main ruling political party, the Moderates, saying he was carrying explosives.

“The negotiation went well in that he understood that it was an untenable situation,” police spokesman Kjell Lindgren said.

“He came out, he showed he wasn’t dangerous and he could be detained undramatically and he has now been taken away from there … What remains for us is to search the premises to make sure there are no dangerous objects.”

Swedish news agency TT reported the man was said to have been wearing a bomb belt while entering the building.

Lindgren said the political party headquarters was being searched and the man would be questioned.