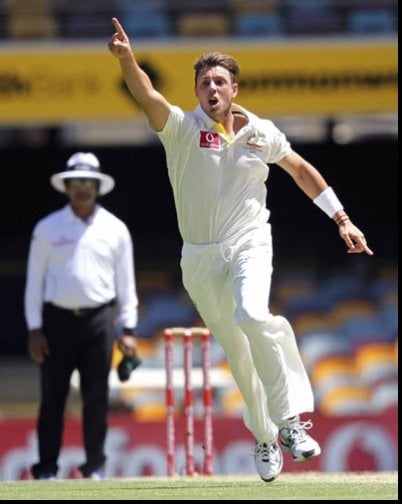 
South Africa forces draw in first test with Australia
Reuters / Phuket Gazette
PHUKET: South Africa were forced to scrap their way through an uncomfortable final day of the first test against a Michael Clarke-inspired Australia today to save a match they had once looked like winning.

Australia captain Clarke, who made a brilliant unbeaten 259, declared on 565 for five midway through the morning session of the final day with a first innings lead of 115 but his bowlers were unable to make the inroads they needed to force a result.

Jacques Rudolph was adjudged lbw to spinner Nathan Lyon to give the hosts a late glimmer of hope but AB de Villiers (29) and Vernon Philander (one) ushered the tourists to safety at the close of play on 166-5.

The Australians may have come up short but they will take a great deal of confidence from their performance against the number one test side in the world into the last two matches of the series in Adelaide and Perth.

“Our attitude was spot on today with the ball,” said Clarke, who was named Man of the Match. “We were quite aggressive with our approach. I think we bowled a lot better today and we seemed to get better through this test match.

“So there are a lot of positives come of this test. Unfortunately, we didn’t get a win, but we can certainly use the momentum that we take from this game to Adelaide.”

Clarke, who resumed on 218 with his team on 487-4, again sparkled with the bat in the morning sunshine, adding 41 runs to his personal tally and taking the record for the highest individual score at the Gabba.

To have any chance of the win was a remarkable turnaround for Australia, who were reeling at 40-3 when Clarke took the crease on Sunday afternoon.

“All in all, I think for me a draw was an even reflection on how the surface played,” said South Africa captain Graeme Smith, who rued the day lost to rain when South Africa were in control.

“I felt we were ahead of the game going into day four, we just never quite backed up well enough. Michael and (Ed) Cowan played really well, took the game to us, and we didn’t quite respond in the way I’ve got use to our guys responding.”

Having declared, James Pattinson, the pick of Australia’s bowlers, gave them an early breakthrough by having opener Alviro Petersen caught behind by wicketkeeper Matthew Wade for five to leave South Africa on 6-1.

Wasted referrals
The 22-year-old seamer also bowled Hashim Amla for seven before lunch but the world’s number one batsman was brought back to the crease for a no ball, the fourth wicket to be saved by the same infraction in the match.

The second wicket also came off Pattinson, who had a fiery exchange with Smith (23) before tempting the South African captain into an outside edge that Rob Quiney claimed well at gully.

Australia fruitlessly used both of their referrals as they ramped up the pressure on the South Africans and just when Amla and Jacques Kallis looked to be getting on top of the bowlers, they were separated.

Amla aimed a loose shot at a Peter Siddle delivery he could have left and the ball went straight to Mike Hussey at short cover.

Jacques Kallis, who backed up his first innings 147 with a 49, appeared on course to guide South Africa to safety but fell to spinner Lyon with Clarke taking an excellent low catch in the slips.

By then, however, Australia’s chance of a win was all but gone.

Clarke, 31, had shared a partnership of 228 with Hussey, who reached his 17th test century in a quickfire 128 balls with a rushed single, before being dismissed on the next delivery he faced.

Clarke was not going to be outshone, though, and he crashed a Dale Steyn delivery back over the bowler’s head to bring up his 250 with his 28th four.

His third double century of the year, which came from 398 deliveries in 582 minutes, eclipsed the 235 England’s Alastair Cook scored at the Gabba in the opening test of the Ashes series two years ago.