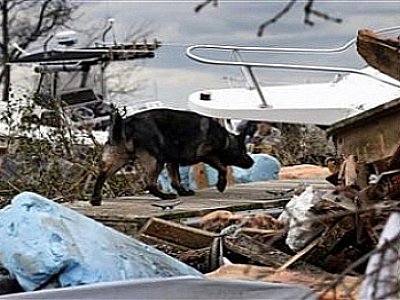 The total killed in one of the biggest storms to hit the United States jumped by a third on Thursday alone, to 98. In New York City, 40 people have been found dead, half of them in Staten Island, which was overrun by a wall of water on Monday.

Among the dead in Staten Island were two brothers, aged 2 and 4, who were swept from their mother’s arms after her car stalled in rising flood waters. Their bodies were found near each other in a marshy area yesterday.

US Secretary of Homeland Security Janet Napolitano and Federal Emergency Management Agency Deputy Administrator Richard Serino planned to visit Staten Island today amid angry claims by some survivors that the borough had been ignored.

Scenes of angry storm victims could complicate matters for politicians, from President Barack Obama just four days before the general election, to governors and mayors in the most heavily populated region in the United States. Obama visited New Jersey on Wednesday and has received praise for his handling of Sandy.

“They forgot about us,” said Theresa Connor, 42, describing her Staten Island neighbourhood as having been “annihilated.” “And (Mayor Michael) Bloomberg said New York is fine. The marathon is on!”

Fury has been escalating throughout New York at Bloomberg’s decision to proceed with the world’s largest marathon on Sunday, vowing the event – which attracts more than 40,000 runners – would not divert any resources storm victims.

“If they take one first responder from Staten Island to cover this marathon, I will scream,” New York City Councilman James Oddo said on his Twitter account. “We have people with no homes and no hope right now.”

Staten Island, which lies across New York Harbor from lower Manhattan, is home to about 500,000 residents, many blue-collar workers whose families have lived there for generations.

Crime fears
In New Jersey, entire neighborhoods in ocean-side towns were swallowed by seawater and the Atlantic City boardwalk was destroyed. At least 13 people were killed in New Jersey and the toll was not only financial, but heavily emotional as well.

“There’s nothing more precious to people than their homes. Those are where their families are, their memories and possessions of their lives, and there’s also a sense of safety to home,” New Jersey Governor Chris Christie said yesterday evening.

“That sense of safety was violated with water rushing into people’s homes at an enormous rate of speed and people having to literally swim, climb, jump for their lives,” he said.

The financial cost of the storm promised to be staggering. Disaster modelling company Eqecat estimated Sandy caused up to $20 billion in insured losses and $50 billion in economic losses, double its previous forecast.

At the high end of the range, Sandy would rank as the fourth costliest U.S. catastrophe ever, according to the Insurance Information Institute, behind Hurricane Katrina in 2005, the September 11, 2001, attacks and Hurricane Andrew in 1992.

About 4.5 million homes and businesses in 15 US states were still without power, down from a record high of nearly 8.5 million.

In blacked-out New York City neighborhoods, some residents complained about a lack of police and expressed fears about an increase in crime. Some were also concerned about traffic safety. New York police officials were not immediately available to comment.

“People feel safe during the day but as soon as the sun sets, people are extremely scared. The fact that Guardian Angels are on the streets trying to restore law just shows how out of control the situation is in lower Manhattan,” said Wolfgang Ban, a restaurant owner in Manhattan’s Alphabet City neighborhood.

The Guardian Angels are a group of anti-crime volunteers.

The American Red Cross said it was doing everything it could to aid those affected by the storm as quickly as possible and that help was on the way to Staten Island, usually reached by a 25-minute ferry ride from Lower Manhattan.

Anger over scarce gas
Also among the dead in New York City were a 13-year-old girl, whose body was found amid the debris of a Staten Island house, while in Brooklyn a 24-year-old man and woman were killed by a falling tree.

The hunt for gasoline added to a climate of uncertainty as Sandy’s death toll and price tag rose. In the New York City borough of Queens a man was charged with threatening another driver with a gun after he tried to cut in on a line of cars waiting for gas, Queens District Attorney Richard Brown said.

Sandy started as a late-season hurricane in the Caribbean, where it killed 69 people, before smashing ashore in the United States with 80-mile-per-hour (130-kph) winds. It stretched from the Carolinas to Connecticut and was the largest storm by area to hit the United States in decades.

The Federal Emergency Management Agency agreed to cover 100 percent of emergency power and public transportation costs through November 9 for affected areas of New York and New Jersey, up from the traditional share of 75 percent.

The presidential campaign has returned to full swing after being on hold for several days because of the storm. Obama, locked in a tight race with Republican challenger Mitt Romney head of next Tuesday’s election, appeared to gain politically from his disaster relief performance.