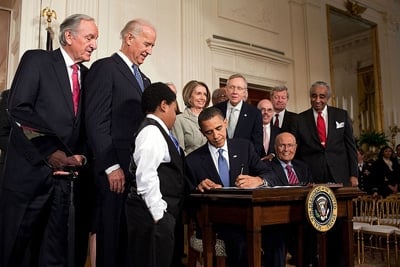 PHUKET: U.S. President Barack Obama yesterday said the government should examine additional ways to reduce violence after a mass shooting at a Sikh temple in southeastern Wisconsin, but he stopped short of calling for further gun control measures.

Obama said there are “a lot of elements involved” in mass shooting incidents, but did not give a direct answer when asked if he would push for further gun control measures after a lone gunman killed six people and injured three others at a Sikh temple in Oak Creek, a suburb of Milwaukee.

“I think all of us recognize that these kinds of terrible, tragic events are happening with too much regularity for us not to do some soul-searching and to examine additional ways that we can reduce violence,” Obama said after a bill signing ceremony. “I think there are a lot of elements involved in it, and what I want to do is to bring together law enforcement, community leaders, faith leaders and elected officials of every level to see how we can make continued progress.”

Obama said he is heartbroken by Sunday’s mass shooting but said he is still awaiting the outcome of a full investigation. “If it turns out, as some early reports indicate, that it may have been motivated in some way by the ethnicity of those who were attending the temple, I think the American people immediately recoil against those kinds of attitudes, and I think it will be very important for us to reaffirm once again that, in this country, regardless of what we look like, where we come from, who we worship, we are all one people, and we look after one another and we respect one another,” he said.

Also yesterday, the Oak Creek Police Department identified the six fatal victims as five men and one woman who were aged between 39 and 84. The gunman, who was shot dead by an Oak Creek police officer who was fired upon, was identified as 40-year-old Wade Michael Page.

Southern Poverty Law Center, a group which tracks extremism, described Page as a “frustrated neo-Nazi” and a “white supremacist skinhead” who was previously the leader of racist white-power band “End Apathy”. The group said Page was also a member of “Definite Hate”, a band whose album “Violent Victory” features a drawing of a disembodied white arm punching a black man in the face.