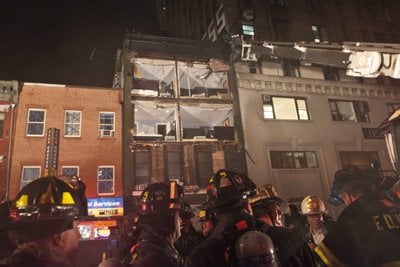 The incident happened just before 11pm local time on Sunday when 33-year-old Deborah Fashakin, of Capitol Heights, was pumping gas at the Liberty Gas Station in Seat Pleasant, a city just east of the nation’s capital. An unidentified man managed to jump into her Nissan Altima and drove away.

“Fashakin reported that her children were inside her stolen car in order to obtain a faster police response after her car had been stolen,” police said. The spokesperson added that the vehicle was later found empty, and three children, ages 1, 3, and 5, were all accounted for at an undisclosed location.

The false report sparked a large emergency response and the issuance of a statewide Amber Alert even though the region was preparing for Hurricane Sandy. Fashakin was charged with making a false report to a law enforcement officer, which carries a penalty of up to six months in jail and a $5,000 fine. The woman is being held on a $5,000 bond.