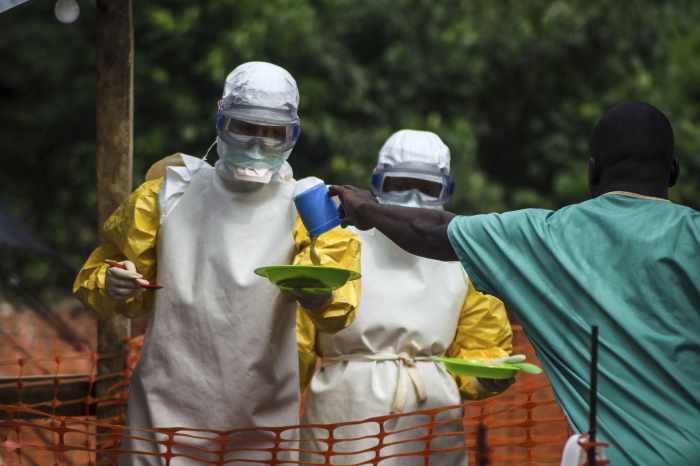 WHO to convene on Ebola outbreak, treatments
Reuters / Phuket Gazette

PHUKET: The World Health Organisation (WHO) said on Thursday it would convene talks early next month on potential treatments and vaccines to contain the deadly Ebola outbreak in West Africa.

The infectious disease has killed 1,350 people among 2,473 cases in four countries – Guinea, Liberia, Nigeria and Sierra Leone – according to the United Nations health agency.

The WHO this month backed the use of untested drugs on people infected with Ebola, but the scarcity of supplies has raised questions about who gets priority access to treatment.

“The consultation has been convened to gather expertise about the most promising experimental therapies and vaccines and their role in containing the Ebola outbreak in West Africa,” it said in a statement on the talks set for Sept. 4-5 in Geneva.

More than 100 experts in pharmaceutical research, clinical management, and on ethical, legal and regulatory issues will attend the meeting at WHO headquarters, it said.

“Issues of safety and efficacy will be discussed together with innovative models for expediting clinical trials. Possible ways to ramp up production of the most promising products will also be explored,” the WHO said.

ZMapp, a trial drug made by U.S. biotech company Mapp Biopharmaceutical, has been used on six patients to date, but supplies are now exhausted, WHO spokesman Gregory Hartl said.

They include two American aid workers who have recovered, a Spanish priest who died and three Liberian medical workers, he said. Two of the Liberians have shown “marked improvement”, while the third, a doctor, remains in serious condition but has improved somewhat, the WHO statement said.

WHO warns of ‘shadow zones’ and unreported Ebola cases