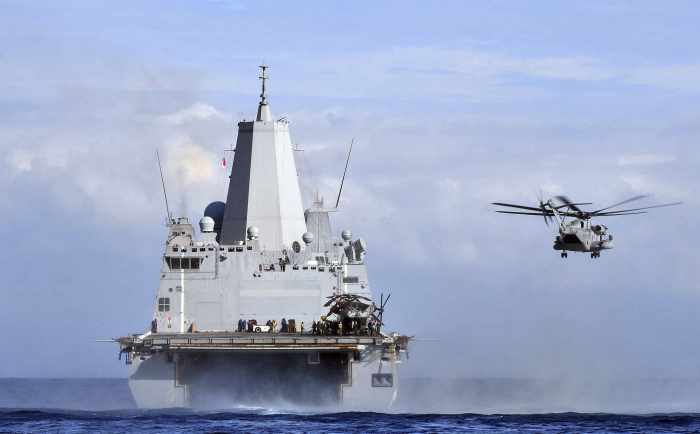 PHUKET: President Barack Obama considered options for military action to support Iraq’s besieged government on Monday, and U.S. and Iranian officials held talks to stabilise the region, which has been roiled by the advance of Sunni rebels toward Baghdad.

Obama, who was being presented with recommendations from his top national security advisers on Monday evening, has made U.S. action contingent on Iraqi Prime Minister Nuri al-Maliki’s taking steps to broaden his Shi’ite-dominated government.

Militants from the Islamic State of Iraq and the Levant have routed Baghdad’s army and seized the north of the country in the past week, threatening to dismember Iraq and unleash all-out sectarian warfare with no regard for national borders.

The fighters have been joined by other armed Sunni groups that oppose what they say is oppression by Maliki. The United Nations human rights chief said forces allied with ISIL had almost certainly committed war crimes by executing hundreds of non-combatant men in Iraq over the past five days.

U.S. and Iranian officials discussed the crisis in Vienna on the sidelines of separate negotiations about the Iranian nuclear program, the two sides each said. Both ruled out military cooperation.

A U.S. official said the talks did not include military coordination and would not make “strategic determinations” over the heads of Iraqis.

“Iran is a great country that can play a key role in restoring stability in Iraq and the region,” a senior Iranian official told Reuters. But he added: “Military cooperation was not discussed and is not an option.”

Any joint action between the United States and Iran to help prop up their mutual ally in Baghdad would be unprecedented since Shi’ite Iran’s 1979 revolution, a sign of the alarm raised by the lightning insurgent advance.

U.S. Secretary of State John Kerry called the advance an “existential threat” for Iraq. Asked if the United States could cooperate with Tehran against the insurgents, Kerry told Yahoo News: “I wouldn’t rule out anything that would be constructive.”

As for air strikes: “They’re not the whole answer, but they may well be one of the options that are important,” he said. “When you have people murdering, assassinating in these mass massacres, you have to stop that. And you do what you need to do if you need to try to stop it from the air or otherwise.”

Iran has longstanding ties to Maliki and other Shi’ite politicians who came to power in U.S.-backed elections.

In Baghdad, Brett McGurk, the State Department’s point man on Iraq, and U.S. Ambassador Stephen Beecroft, met with Maliki on Monday, U.S. officials said. The meeting is part of a U.S. effort to prod Maliki to govern in a less sectarian manner.

The officials, speaking on condition of anonymity, said President Barack Obama had not yet decided on political demands to be presented to Maliki.

ISIL seeks a caliphate ruled on medieval Sunni Muslim precepts in Iraq and Syria, fighting against both Iraq’s Maliki and Syria’s Bashar al-Assad, another ally of Iran. It considers Shi’ites heretics deserving death and has boasted of massacring hundreds of Iraqi troops who surrendered to it last week.

Its uprising has been joined by tribal groups and figures from Saddam’s era who believe Maliki is hostile to Sunnis.

ISIL fighters and allied Sunni tribesmen overran another town on Monday, Saqlawiya, west of Baghdad, where they captured six Humvees and two tanks.

Eyewitnesses said Iraqi army helicopters were hovering over the town to provide cover for retreating troops.

A security officer said he saw a helicopter that was shot down by an anti-aircraft machine gun. There was no official comment from the government.

Overnight, the fighters captured the city of Tal Afar in northwestern Iraq, solidifying their grip on the north.

Tal Afar is near Mosul, the north’s main city, which ISIL seized last week. Fighters then swept through towns on the Tigris before halting about an hour’s drive north of Baghdad.

Iraq’s army is holding out in Samarra, a city on the Tigris river that is home to a Shi’ite shrine. A convoy sent to reinforce troops there was ambushed on Sunday by Sunni fighters near Ishaqi. Fighting continued through Monday morning.

An Iraqi army spokesman reported fighting also to the south of Baghdad. He said 56 of the enemy had been killed over the previous 24 hours in various engagements.

Obama pulled out all U.S. troops in late 2011 and rules out sending them back, although he is weighing other options such as air strikes. A U.S. aircraft carrier has sailed into the Gulf along with a warship carrying 550 marines.

The only U.S. military contingent is the security staff at the U.S. embassy. Washington is evacuating some diplomatic staff and is sending up to 275 support and military personnel to help safeguard the facilities.

The United Nations said it had relocated 58 staff to Jordan.

Potential cooperation between the United States and Iran shows how dramatically the ISIL advance has redrawn the map of Middle East alliances in a matter of days.

Iran’s President Hassan Rouhani, a relative moderate elected last year, has presided over a gradual thaw with the West, including secret talks with Washington that led to a preliminary deal to curb Iran’s nuclear programme. But open cooperation against a mutual threat would be unprecedented.

Any rapprochement between Washington and Tehran over Iraq could anger U.S. allies Israel and the Sunni Gulf Arab states. Saudi Arabia, the Gulf’s main Sunni power, said it rejected foreign interference in Iraq, and blamed Baghdad’s “sectarian and exclusionary policies” for fuelling the insurgency.

ISIL fighters’ sweep through the Tigris valley north of Baghdad included Saddam’s hometown Tikrit, where they captured and apparently massacred troops at Speicher air base, once one of the main U.S. headquarters.

Pictures distributed on a purported ISIL Twitter account appeared to show gunmen from the Islamist group shooting dozens of men, unarmed and lying prone. Captions said they were army deserters captured as they tried to flee fighting.

ISIL said it executed 1,700 soldiers out of 2,500 it had captured in Tikrit. Although those numbers appeared exaggerated, the total could still be in the hundreds. A former local official in Tikrit told Reuters ISIL had captured 450 to 500 troops at Speicher and another 100 elsewhere in Tikrit. Some 200 troops were still believed to be holding out in Speicher.

U.N rights chief Navi Pillay said corroborated reports showed that soldiers, military conscripts, police and others who had surrendered or been captured had been summarily executed.

“Although the numbers cannot be verified yet, this apparently systematic series of cold-blooded executions, mostly conducted in various locations in the Tikrit area, almost certainly amounts to war crimes,” she said.

Despite Washington’s calls for Maliki to reach out to Sunnis to create unity, the prime minister has spoken more of retaliation than reconciliation.

“We will work on purging Iraq of the tra