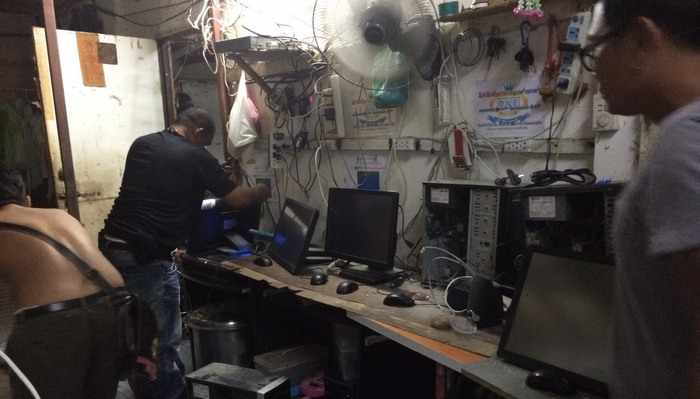 PHUKET: Police are keeping a close eye out for gambling during the World Cup, and yesterday nabbed one suspect and five computers in a raid in Patong.

“We were notified by an undercover officer of an illegal online gambling den in a retail shop on Soi Paradise,” Lt Col Sutthichai Thianpho of the Patong Police told the Phuket Gazette.

“We raided the shop and found computers set up for gambling in the back room.”

The shop owner, known only as “Mr Lee”, and gamblers fled the scene when police arrived, said Col Sutthichai, but officers were able to capture an employee, 47-year-old Lae Choomjit.

Police seized five computers and transported them, as well as Mr Lae, to the Patong Police Station.

“Mr Lae will be charged with gambling,” Col Sutthichai said.

“We have set up a special team to patrol Patong for illegal gambling during the World Cup. If we catch anyone gambling, we will arrest them immediately.”