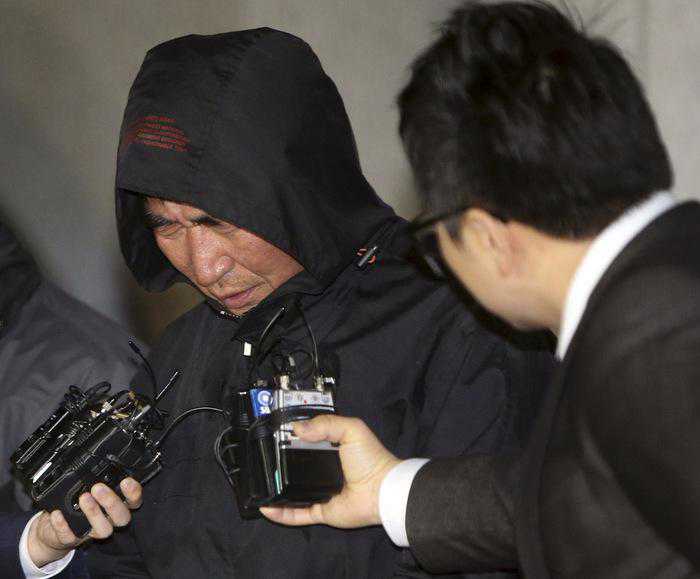 PHUKET: The captain of a South Korean ferry that capsized in April killing 304 passengers was jailed for 36 years on Tuesday after a court found him guilty of negligence, but was acquitted of homicide for which prosecutors had sought the death penalty.

The court convicted the ship’s chief engineer of homicide for not aiding two injured fellow crew members, making him the only one of four facing homicide charges to be found guilty on that count, and sentenced him to 30 years in prison.

The remaining 13 surviving crew members of the ferry Sewol were found guilty of various charges, including negligence, and handed down prison terms ranging from five to 20 years.

Cries and shouts of anger and disbelief erupted in the packed courtroom in the southern city of Gwangju as the verdict and sentences were read.

“Judge, this is not right,” a woman screamed in anguish as some of the other family members broke down in tears.

“Is this how little the lives of our children were worth?” another said. “The death sentence is not enough for the crew.”

Video footage of the crew abandoning the vessel after instructing the passengers, mostly teenagers, to remain in their cabins had caused outrage and calls for harsh punishment.

The victims’ families issued a statement after the verdict, saying they were devastated by the decision and justice had failed.

“Our hope was miserably destroyed” Park Jong-dae, father of one of the children who died, said in the statement read outside the courthouse, urging the prosecutors to appeal and seek punishment that it said fitted the crew’s crime.

A prosecutor involved in the case said his team would appeal against the decision on all 15 crew members, calling the rulings “disappointing,” particularly the not guilty verdict against three senior officers including the captain on homicide charges.

The overloaded Sewol capsized while making a turn on a routine voyage to the holiday island of Jeju. The vessel was later found to be defective, with additions made to increase passenger capacity making it top-heavy and unstable.

The ferry operator also loaded the ship with excess cargo and not enough water in the ballast tank to maintain balance, causing it to list sharply when it made the ill-fated turn on April 16 and sink rapidly.

Only 172 of the ferry’s 476 passengers and crew were rescued. Of the 304 confirmed dead or still listed as missing, 250 were school children. The government announced earlier on Tuesday it was halting the search for the nine still missing as conditions at the wreck have become too dangerous.

The public outcry provoked by the tragedy had led to concerns over whether the crew would be able to get a fair trial, especially after the prosecutors charged four of them with homicide.

They had sought the death penalty for the captain of Sewol, Lee Joon-seok, who is in his late 60s and instead faces the rest of his life in prison.

The crew on trial have said they thought it was the coastguard’s job to evacuate passengers and that they were not adequately trained for that role, but most admitted they did not do enough.

Lee, the captain, has apologised to the families of the victims and said he never intended to harm anyone. He pleaded to be spared of the homicide charge, saying he did not want his children to live with a killer as their father.

Executives of the ferry operator and shipping regulators are on trial on various charges of negligence.

The man considered the head of the business empire that owned the ferry company was found dead in June, amid the country’s largest manhunt to capture him to try to hold him accountable for mismanagement that many feel led to the ferry disaster.