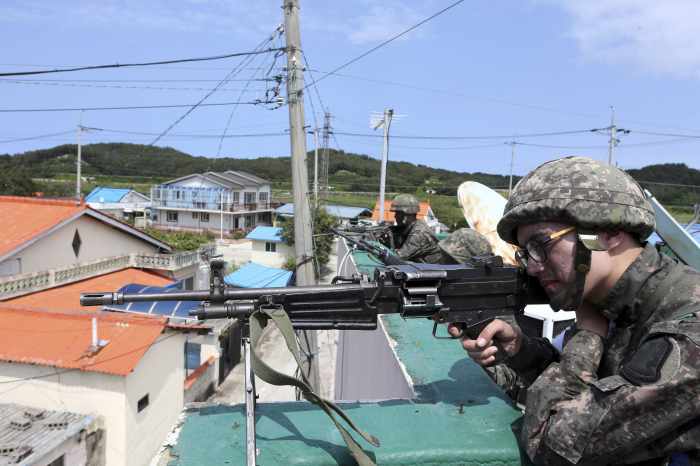 PHUKET: A South Korean conscript soldier who killed five of his comrades in a grenade and gun attack continued a standoff on Monday with troops trying to capture him in a region bordering North Korea, officials said.

Officials at the Defence Ministry and the Army said news reports of his capture were “wrong. Yonhap news agency and YTN television said earlier on Monday that the soldier had been captured.

Late on Saturday night the soldier threw a grenade and opened fire, killing five members of his unit and wounding seven at an outpost in the base at Goseong county, a mountainous region on the eastern coast of the peninsula.

A massive manhunt saw troops, who had orders to “shoot to kill” if the soldier failed to surrender, exchange gunfire with the soldier on Sunday. The soldier was now cornered in a densely forested area near a small town in the Goseong county.

Polish foreign minister: ‘We gave the US a blow job’