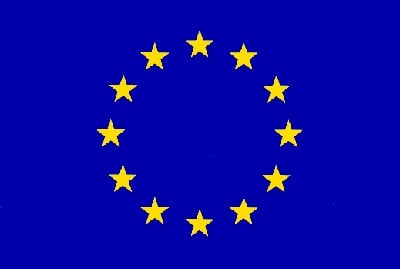 “There is a genuine risk that we will lag behind and find ourselves unable to satisfy the rising demands of air travel, which is set to nearly double by 2030,” said European Commission Vice-President Siim Kallas, who is responsible for transport.

Kallas underlined that 2012 is a “make or break year” for the Single European Sky, which proposes to put in place a pan-European air traffic management system by 2030. The Commission’s “traffic light” assessment showed a large majority of Member States to be in the orange or red zones and at risk of not meeting critical targets for 2012.

For the upcoming year, the EU has established four key goals: the performance scheme, setting key air traffic management (ATM) targets, which are to start in early 2012; the nine “functional airspace blocks,” to be operational by the end of 2012; the ATM network manager, which are already designated as Eurocontrol; and the launch of the deployment phase of SESAR, the technological arm of the Single European Sky (from 2014), moving from the R&D phase to the roll-out of new equipment and technology.

The “traffic light” assessment allowed the EU to highlight serious cause for concern in relation to two of the four major elements within the Single European Sky project, the performance scheme and the functional airspace blocks.

Regarding the performance scheme, only 5 out of 27 Member States – Belgium, Denmark, Lithuania, Luxembourg and the Netherlands – have received a “green light” and are on track to meet both targets (for cost and capacity/delays) for the period 2012-14.

The Commission on Friday issued recommendations asking Member States to revise these targets and, if necessary, the Commission could adopt a binding decision requesting the Member States concerned to implement specific corrective measures.

Existing plans by Member States would fail to meet the EU-wide capacity target of 0.5 minute delay per flight in 2014. If this target were to be achieved, some €920 million ($1.2 billion) would be saved over 2012-14 due to fewer and shorter delays.

In addition, national performance plans will miss the EU-wide target for ATM cost efficiency by 2.4 percent in 2014. This would have a major impact, both on airspace users and on the credibility of the Single European Sky project. To meet the target, additional measures are needed to achieve a €250 million ($334 million) saving over the entire three-year reference period (2012-14).

Regarding the functional airspace blocks (FABs), all FAB blocks, except for the Danish/Swedish FAB, are in the orange or red zone and give serious cause for concern. The Commission urged Member States to step up their actions. Failure to take measures at national levels could oblige the Commission to re-open the SES legislative packages to introduce a more radical solution, it said.

Part of the Single European Sky objectives is to offer smooth air traffic as there are already 1.4 billion passengers a year at 440 airports with 26,000 daily flights, that is 10 million flights a year. However, the air traffic management system is archaic, with some of the basic technologies used dating back to the 1950s.