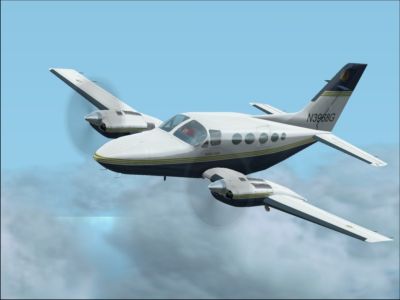 PHUKET: A Saudi man who repeatedly raped his daughter over a seven year period has been sentenced to 13 years in prison and more than 2,000 lashes, a local newspaper reported yesterday.

The General Court in Mecca, the capital of Makkah province in the country’s west, found the defendant, whose name has not been released, guilty of repeatedly raping his teenage daughter over a seven year period while under the influence of drugs, the Okaz newspaper reported.

The authorities first became aware of the case when a relative of the victim’s mother told police that the girl was being sexually assaulted by her father. Investigators, who included officers from the religious police, later arrived at the man’s house while he was abusing his daughter.

The judge of the court sentenced the father to 13 years imprisonment and 2,080 lashes which he will receive over the course of his prison term.

Rape, pedophilia and other forms of sexual misconduct can be punished in Saudi Arabia by lashes, imprisonment and, in some cases, the death penalty.

PHUKET: Police in the German capital of Berlin are searching for a man who is handing out poisoned drinks at the city’s popular Christmas markets, officials said yesterday. At least seven people have been sickened.

Police said the first case was reported on Thursday afternoon when two foreign students were approached by a man at Breitscheidplatz square. The suspect told the 24- and 26-year-old men that he was celebrating the birth of his daughter and gave them small glasses of liquor for a toast.

“Shortly after drinking the ‘liquor’ presented to them, they both experienced strong convulsions and vomiting,” a police spokesperson said on Saturday. “The 24-year-old fell unconscious and had to be brought in for treatment at a hospital.”

Just hours later, at 9pm local time, three women aged 23 to 24 were approached by the same man at Alexanderplatz square. “Here, too, the man pretended to want to celebrate the birth of his child and offered glasses of ‘liquor’ to the women,” the police spokesperson said. “After drinking, the three were suffering from vomiting and altered consciousness and were also brought to hospital for treatment.”

A third incident was reported on yesterday when two more people fell sick after being offered drinks at the Berlin Christmas markets, raising the total number of victims to at least seven. Their conditions are not believed to be life-threatening.

Police said it was not immediately known what sort of poison is being used, but authorities have increased security at the Christmas markets as they search for the man. The suspect is being described as about 45 years old, with short, dark blond hair.

Small plane crash kills 4
Phuket Gazette / News Wires
PHUKET: Four people were killed on Friday afternoon when a small plane crashed near an airport in the U.S. state of South Dakota, federal officials said on yesterday. There were no survivors.

The accident happened at 2.24pm local time (3:24am today, Phuket time) when a Cessna 421-C, which is a small, six-seat twin engine plane, crashed about a mile (1.6 kilometers) east of Joe Foss Field in Sioux Falls, the county seat of Minnehaha County.

Cell phone footage shot by witnesses shortly after the crash showed parts of the aircraft on fire, although most of the cabin appeared to be intact. By the time the fire had been extinguished by emergency services, only the aircraft’s tail was left.

Federal Aviation Administration (FAA) spokesman Tony Molinaro said all four people on board the aircraft were killed. FAA records showed the 1975-built plane was registered to S & S Aviation, LLC out of Ipswich in South Dakota.

It was not immediately known what may have caused the accident, which occurred shortly after the plane took off.

“We’ll be starting an investigation,” Molinaro said. “However, the National Transportation Safety Board (NTSB) will be in charge of the investigation and we will be giving our information over to them.”