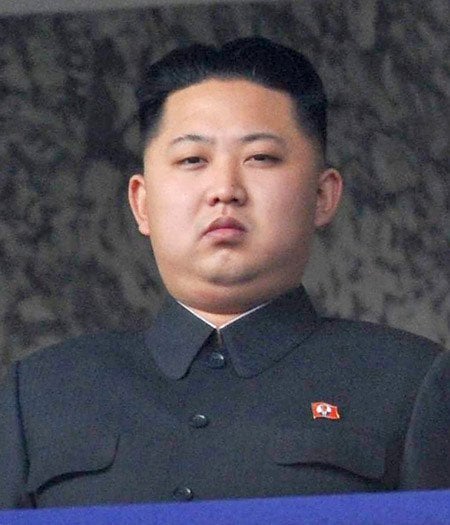 PHUKET: The North Korean military on yesterday said the South “will pay for its hideous crimes” during the mourning period for Supreme Leader Kim Jong-il, and warned it may launch a retaliatory strike to “smash the stronghold of the puppet forces.”

A statement from the National Defense Commission of the Democratic People’s Republic of Korea (DPRK/North Korea) condemned the South Korean government for immediately putting its forces on alert and convening an emergency meeting following the announcement of Kim Jong-il’s death.

The Commission said the South’s actions created the impression that a “golden opportunity” had arrived to lead the North to a system change. “The South Korean authorities put the three services of the puppet army on an emergency alert and ordered them to adopt combat posture, creating a war-like atmosphere,” it said.

North Korean state-run media published a series of articles yesterday which were critical of South Korea. While threats against South Korea have been made in the past, yesterday’s was the first since Kim Jong-il’s son, Kim Jong-un, took over as Supreme Leader.

The Commission said the statements yesterday were made to “clarify” its principles in regards to South Korea, mainly because of the events during the mourning period. “As already declared, the DPRK will have no dealings with the Lee Myung-bak group of traitors forever,” it said. “To keep company with them is a disgrace for the clear and honest-minded Korean nation as they are ignorant in politics, vulgar in morals and lack elementary human nature.”

The military warned: “We will surely force the group of traitors to pay for its hideous crimes committed at the time of the great national misfortune. The veritable sea of tears shed by the army and people of the DPRK will turn into that of retaliatory fire to burn all the group of traitors to the last one, and [turn our] wailing into a roar of revenge to smash the stronghold of the puppet forces.”

Phuket Gazette / News Wires
PHUKET: As many as twenty suspicious fires were set in Hollywood and the City of Los Angeles early yesterday morning, police said. One firefighter was injured while responding to one of the fires.

Sheriff’s officials said the first fire was set just after midnight in a car port in West Hollywood, a city in Los Angeles County. Over the next two hours, officials say, at least four other fires were started throughout the area in car ports. No residents were injured in any of the fires, but one firefighter was transported to the hospital after falling from a ladder.

At the same time, up to 15 other fires were started in the city of Los Angeles, which is within a two-mile (3.2 kilometer) radius of West Hollywood.

Several of the fires raged in homes and other buildings, including the former home of U.S. musician Jim Morrison, according to the DPA news agency. Dozens of residents had to be evacuated from an apartment building after two fires were set shortly after 2am local time (5pm Phuket time). The last fire was started after 4am.

“We are very fortunate that these outrageous crimes didn’t result in injuries or death,” said Captain Kelley Fraser at the West Hollywood Sheriff’s Station. “We are asking for the public’s help in the search for the arsonist(s). If you saw or see anyone or anything suspicious, please report it immediately.”

PHUKET: A Vietnamese sailor was found alive on yesterday after his cargo ship sank off the coast of Vietnam on Sunday, killing nearly two dozen people, officials said.

The English MV London Courage ship found 31-year-old Dau Ngoc Hung adrift in a life boat, five days after the Vinalines Queen capsized after it passed the Phillipines island of Luzon, which is located east of Vietnam.

Nguyen Anh Vu, the director of the Vietnam Maritime Search and Rescue Co-ordination Center, told the Vietnam News Agency that Hung is the only surviving crew member of the 23 people who worked aboard the ill-fated ship.

The accident occurred on Christmas Day when the Vinalines Queen went missing while transporting 54,000 tonnes of Nikel from Indonesia to China. The ship did not send out a distress signal, slowing down rescue operations.

Hung said the boat suddenly overturned and quickly sank, explaining that he was the only one of the crew who was able to reach a life boat. Search and rescue operations were carried out by different teams from the Philippines, Japan and Taiwan, as well as a number of other countries, which have already been informed of the rescue.

The cause of the accident remains unknown.