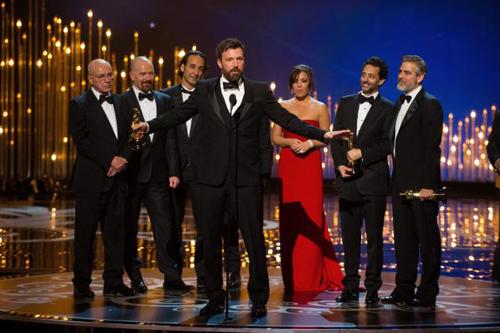 PHUKET: The political hostage drama Argo won the Oscar for Best Picture on Sunday as the Academy Awards were spread among a wealth of nominees.

Life of Pi picked up a leading four trophies, including the Best Director Oscar for Ang Lee, while Argo and Les Miserables won three a piece.

But the top nominee going into the night, Lincoln, was largely ignored, winning just two of the 12 categories it was nominated for in a snub of Hollywood legend Steven Spielberg.

The prizes for actors in a leading role went to Jennifer Lawrence for playing a troubled young widow in the romantic comedy Silver Linings Playbook and to Daniel Day-Lewis for his portrayal of US president Abraham Lincoln. It was Day-Lewis’ third best actor win, an Oscar record.

Christoph Waltz won the first Oscar of the night, picking up the trophy for Best Supporting Actor for his role as a bounty hunter in Django Unchained.

Anne Hathaway won Best Supporting Actress for her role as an impoverished worker in the musical Les Miserables.

Argo, which is based on a true story about a fake movie dreamed up by the CIA to rescue hostages trapped in revolutionary Iran, had emerged as the Oscar favorite in the weeks leading up to the event.

Hosted by Seth MacFarlane, the 85th Academy Awards lasted three and a half hours and was watched by 1 billion people globally.

It featured performances from Adele, Barbra Streisand and Shirley Bassey, but many of the sketches and acceptance speeches were widely criticized on social media for being too long and boring.

MacFarlane almost acknowledged as much after the Best Screenplay awards were handed out, joking that “since we’ve gone on so long, we’re going to start the 2014 Oscars straight after this.”

Even Ben Affleck, who directed, co-produced and starred in Argo was pushed to hurry his acceptance speech.

“I want to acknowledge the other eight films,” Affleck said after the award was announced live from the White House by first lady Michelle Obama. “They have every right to be here as much as we do.”

“You have to work harder than you think you possibly can,” said Affleck, who was snubbed in the best director nominations.

“It doesn’t matter how you get knocked down in life because it’s going to happen. All that matters is that you’ve got to get up.”