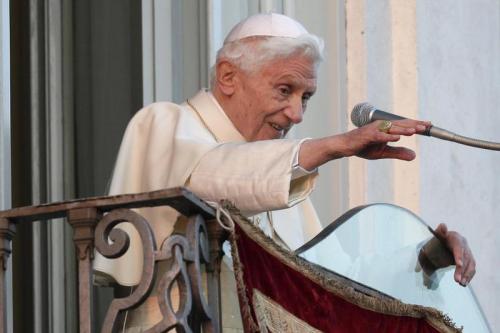 PHUKET: A fourth person has died in hospital from injuries sustained in a shooting at a Swiss wood processing plant near the city of Lucerne, police said on Thursday.

A 42-year-old factory worker opened fire on co-workers with a Sphinx AT 380 pistol on Wednesday, killing two colleagues and wounding seven others. The gunman was also found dead at the scene but police have given no details on how he died.

Police said they were still investigating how the weapon came into the man’s possession and the motive for the attack.

A police spokesman confirmed that the gunman originally came from Kosovo and had a Swiss passport.

Police have not released the gunman’s name. But Swiss newspapers reported that the man, identified by newspaper Blick only as Viktor B., was a former kick boxer and father of three.

The country’s second mass shooting this year has reignited debate about Swiss firearm laws that allow men to keep guns after their mandatory military service. A gunman killed three women and injured two men in January in the village of Daillon.

There is no national gun register in Switzerland, and some estimates indicate that at least one in every three of the country’s 8 million inhabitants keeps a gun, many stored at home.

Citizens outside the military can apply for a permit to purchase up to three weapons from the age of 18 in a country where sharp shooting and hunting are popular sports.

PHUKET: Polish authorities found evidence of horse DNA in beef stored at three storage facilities after several countries pointed to Poland as one of the sources of tainted meat that has shaken the European food industry.

Poland’s General Veterinary Inspectorate said in a statement late on Wednesday it found three tainted samples from 121 tested, with 80 more to be examined.

On Thursday, a spokeswoman for the Polish arm of furniture giant IKEA said the company stopped buying meatballs from its Polish supplier on concerns they could contain horsemeat.

“Our Polish supplier informed us that there are some concerns,” said Karolina Horoszczak, adding that the supplier had asked IKEA to stop using its products in its restaurants.

“These are preemptive actions and we are still waiting for test results,” she added.

Officials in Ireland, Britain, Germany, Italy and the Czech Republic have reported that products such as burgers and lasagne containing horsemeat originated from facilities in Poland.

Polish officials had previously said they found no signs of horse meat at all abattoirs tested.

Poland exports 330,000 tonnes of beef products annually, or more than three-quarters of its total production, mainly to other European Union members.

PHUKET: Pope Benedict left the Vatican on Thursday after pledging unconditional obedience to whoever succeeds him to guide the Roman Catholic Church at one of the most crisis-ridden periods in its 2,000-year history.

The first pope in six centuries to step down, Benedict flew off in a white Italian air force helicopter for the papal summer villa south of the capital where he took up temporary residence.

Bells rang out from St Peter’s Basilica and churches all over Rome as the helicopter circled Vatican City and flew over the Colosseum and other landmarks to give the pontiff one last view of the city where he is also bishop.

“As you know, today is different to previous ones,” he told an emotional, cheering crowd in the small town of Castel Gandolfo in his last public remarks as pope.

“I will only be the supreme pontiff of the Catholic Church until 8pm and then no longer. I will simply be a pilgrim who is starting the last phase of his pilgrimage on this Earth.”

He turned and went inside the villa, never to be seen again as pope.

In an emotional farewell to cardinals on Thursday morning in the Vatican’s frescoed Sala Clementina, Benedict appeared to send a strong message to the top echelons of the Church as well as the faithful to remain united behind his successor, whoever he is.

“I will continue to be close to you in prayer, especially in the next few days, so that you are fully accepting of the action of the Holy Spirit in the election of the new pope,” he said. “May the Lord show you what he wants. Among you there is the future pope, to whom I today declare my unconditional reverence and obedience.”

The pledge, made ahead of the closed-doors conclave where cardinals will elect his successor, was significant because for the first time in history, there will be a reigning pope and a former pope living side by side in the Vatican.

Some Church scholars worry that if the next pope undoes some of Benedict’s policies while his predecessor is still alive, Benedict could act as a lightning rod for conservatives and polarise the 1.2 billion-member Church.

Before boarding the helicopter, Pope Benedict said goodbye to monsignors, nuns, Vatican staff and Swiss guards in the San Damaso courtyard of the Holy See’s apostolic palace. Many of his staff had tears in their eyes as the helicopter left.

As the helicopter took off, he sent his last message on Twitter: “Thank you for your love and support. May you always experience the joy that comes from putting Christ at the centre of your lives”.

Benedict will spend the first few months of his retirement in the papal summer residence, Castel Gandolfo, a complex of villas boasting lush gardens, a farm and stunning views over Lake Albano in the volcanic crater below the town.

PHUKET: South African police were caught on video dragging a man hundreds of metres from the back of a pick-up truck, hours before he died in custody, drawing a storm of protest against a force accused of routine brutality.

The 27-year-old Mozambican taxi driver, Mido Macia, was found dead in detention with signs of head injuries and internal bleeding, according to an initial post mortem report released by the country’s police watchdog.

The incident, videotaped on Tuesday and broadcast nationwide on Thursday, was condemned by President Jacob Zuma and opposition politicians.

“The visuals of the incident are horrific, disturbing and unacceptable. No human being should be treated in that manner”,